Home Health What Are the Bacteria in the Mouth? Which Health Problems Do They...

Some bacteria in the mouth are healthy, other can cause serious oral health problems. Make sure you know all about them and act whenever you need to.

There is a large amount and diversity of bacteria in the mouth. Most of these bacteria are fought by saliva enzymes, but there are also many that survive and lodge in different areas, sometimes causing health problems.

The bacteria in the mouth are very numerous. In fact, it is estimated that there are about 100 million bacteria per millimeter of saliva. These correspond to more than 600 species of bacteria. Actually, the oral cavity has all the conditions so that countless microorganisms take refuge there.

Nevertheless, many of the bacteria in the mouth have no future within the human organism. A good part of them are attacked by saliva enzymes, while another part goes to the digestive system, where they are destroyed in a short time.

That said, it should also be noted that another group of bacteria in the mouth does survive and ends up staying in the oral cavity. When this happens, they can cause problems such as tooth decay or other diseases. The way to fight them is with good oral hygiene.

Types of bacteria in the mouth

The mouth is composed of many surfaces, and each of them is covered by a large number of bacteria. Some of the bacteria in the mouth influence the development of diseases such as tooth decay and periodontitis. Both are risk factors for developing other diseases of greater severity, such as diabetes mellitus and cardiovascular pathologies.

The composition and concentration of mouth bacteria depends on several factors:

Bacteria in the mouth, along with other microorganisms, are known as oral microbiota. The count is not constant, but is constantly changing, even due to factors as simple as yawning, kissing or eating certain foods.

In general, aerobic and anaerobic bacteria predominate inside the mouth, both gram-positive and gram-negative. Within these, the genera Lactobacillus, Actinobacillus, Staphylococcus or Streptococcus stand out. Let’s look at this in more detail.

Factors such as the loss of teeth, and diseases such as gingivitis, alveolitis or periodontitis, can cause changes in the microbiota composition of saliva. They also affect tobacco use and poor hygiene.

The following types of bacteria predominate in the oral mucosa: Firmicutes -primarily of the genera Streptococcus and Veillonellas-; proteobacteria -especially Neisseria-; bacteroides –Prevotella- and actinobacteria –micrococcineae.

Good hygiene of the oral mucosa prevents colonization by Treponema denticola and Fusobacterium Nucleatum. According to some studies, oral mucosal bacteria may be involved in some types of cancer.

If the teeth do not have cavities, it is usual that the following bacteria can be present there: Campylobacter, Granulicatella, Kingella, Leptotrichia and Streptococcus – especially Streptococcus sanguinis. Also present, especially in adults, Haemophilus parainfluenza, Gemella haemolysans, Slackia exigua, and Rothia species.

The teeth are surfaces that facilitate the formation of biofilms. Such biofilms change based on different factors. Some bacteria such as Streptococcus mutans, Actinomyces and Lactobacillus affect caries formation and periodontitis.

In the gums you can also form a biofilm, which affects to produce diseases such as gingivitis. If the gums are healthy, microorganisms such as Proteobacteria predominate, in particular the gammaproteobacteriae of the genus Acinetobacter, Haemophilus and Moraxella. When there are health problems there are also Streptococcus, Granulicatella and Gemella.

On the superficial part of the gum biofilm there is Treponema denticola along with Porphyromona gingivalis and Tannerella forsythia. Likewise, there may be viruses and, sometimes, microorganisms such as fungi. Oral diseases modify bacterial communities.

The biofilm that forms on the tongue is also dynamic and harbors many of the bacteria in the mouth. Approximately 45% are facultative anaerobic gram-positive cocci, especially Streptococcus salivarius, Streptococcus mitis, milleri group streptococci and Streptococcus mucilaginosus.

There are also strict anaerobic gram-negative cocci and optional anaerobic gram-positive bacilli. In a smaller percentage, different species of the genera Lactobacillus, Neisseria, Fusobacterium and Haemophilus can be detected. Fusobacterium nucleatum, Porphyromona gingivalis and Tannerella forsythi have been found on the back of the tongue of people with halitosis.

Prevent pathogenic bacteria from the mouth

Oral hygiene is the key to preventing pathogenic microorganisms that affect our oral cavity. Similarly, the frequent visit to the dentist allows identifying risk factors and incipient pathologies that can be stopped before the definitive damage. If you have doubts, or have not had a mouth check for a long time, go to a specialist and ask for it.

Don’t forget to SHARE the info on the different bacteria in the mouth with your friends and family on your social networks! 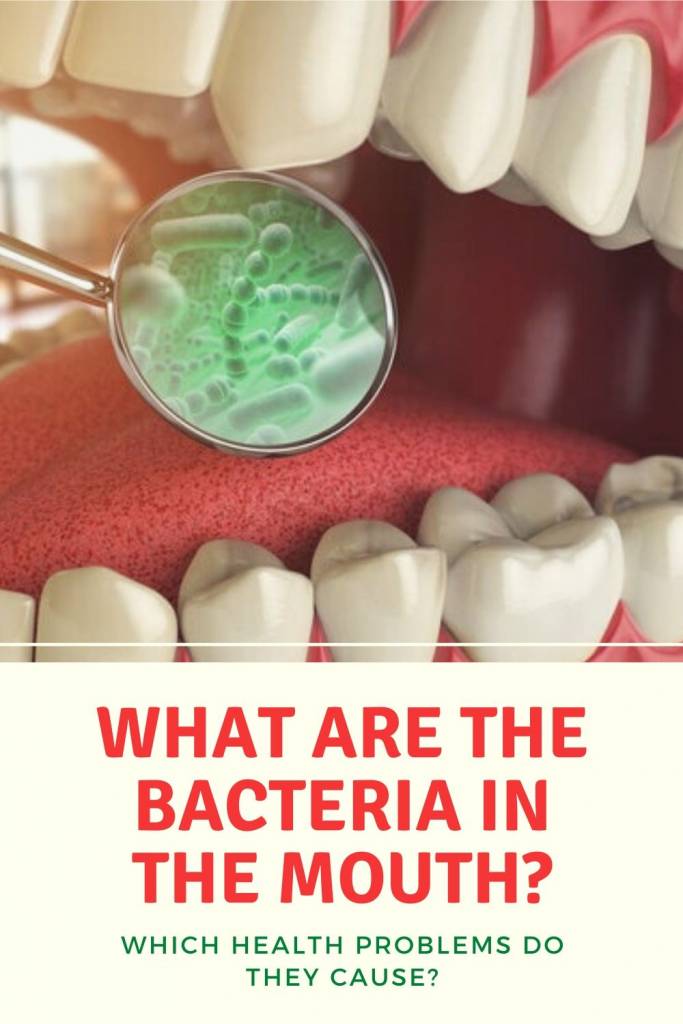 Current Treatment for the Coronavirus Used by Doctors Worldwide