Home Health What Is It and What Are the Causes of Eosinophilia?

Of causes of eosinophilia, the most major ones are allergies or infections of a parasitic nature. Check out everything you need to know about it.

Eosinophilia is the presence of a high number of eosinophils (a type of white blood cell) in the blood. According to scientific sources, it is a common fact in clinical practice and it is not a pathology in itself, rather it is an immune response.

The importance of this event lies on two fronts: diagnostic and pathogenic. On the one hand, eosinophilia suggests the presence of an infection in the patient, but on the other hand, the release of products from these white blood cells can be associated with tissue damage.

Thus, we are facing a normal response by the immune system that can get out of control and cause damage. Here we tell you everything you need to know about it.

According to the medical literature, eosinophilia is considered to exist when the total number of circulating blood eosinophils is significantly higher than the values ​​presented in the normal population. According to different authors, there are different limits to suggest this picture. Some of them are the following:

In turn, this abnormal presence of white blood cells can be divided into groups based on leukocyte abundance. Pediatric presentations include these categories:

Finally and to end this whole conglomerate of classification, according to its causative agent, eosinophilia can be primary (by bone marrow mutation) or reactive (by external agents).

Eosinophils are components of the immune system that fight external infections, either by destroying foreign bodies or regulating inflammatory processes. They allow to control and isolate the foci of disease.

Thus, it is not surprising to learn that eosinophilia is widely associated with allergies, neoplasms, or the presence of parasites in the host. In industrialized countries, the most common cause of eosinophilia is allergic processes, while in other places it is infections by parasites.

We present to you you the most common causes of eosinophilia:

Atopic disease (allergy) is the most common cause of eosinophilia in Western countries. It appears in cases of dermatitis, asthma, and rhinitis, but they are always low blood cell counts.

This increase in leukocytes can also dye to hypersensitivity to certain drugs, such as antidepressants, anti-inflammatories or antibiotics. Food is another not uncommon origin.

Neoplasms, that is, the growth of abnormal masses, both cancerous and non-cancerous, are associated with eosinophilia. The most common diseases are Hodgkin’s lymphoma (up to 15% of those affected have it), other non-Hodgkin’s lymphomas, and various types of leukemia.

According to medical sources, helminth parasite infections are the most widespread cause of eosinophilia worldwide. This is because helminthiases are very common in tropical countries, where food conditions and sanitary structures are poor.

In general, viral and bacterial infections cause eosinopenia (eosinophil deficiency). So this condition happen from infections by parasites such as Anisakis, E. granulosus, Fasciola hepatica, Tapeworms, Trichinella and many other parasitic pathogens.

Can you prevent eosinophilia?

This question will have a different answer depending on the concept of prevention. Can you prevent asthma? Can you prevent lymphomas? Are there ways to reduce parasitosis in tropical countries?

The answer, in principle, is no. Mild eosinophilia is a common immune response of the body when it is fighting certain pathogens and is not bad in itself, so it cannot and should not be prevented. Only in severe cases, you must take measures, you must ask for help by medical professionals in a hospital setting.

As we have seen, a moderately high eosinophil count in the blood in a timely manner is normal and does not require any treatment. It is a natural immune response to allergic processes and parasitic infections.

Still, if the numbers skyrocket or if the elevated number of eosinophils persists over time, it may be time to suspect a serious underlying condition. In any case, a health professional is the one who needs to diagnose it, and who will establish the steps to follow.

Don’t forget to SHARE the causes of eosinophilia with your friends and family on your social networks! 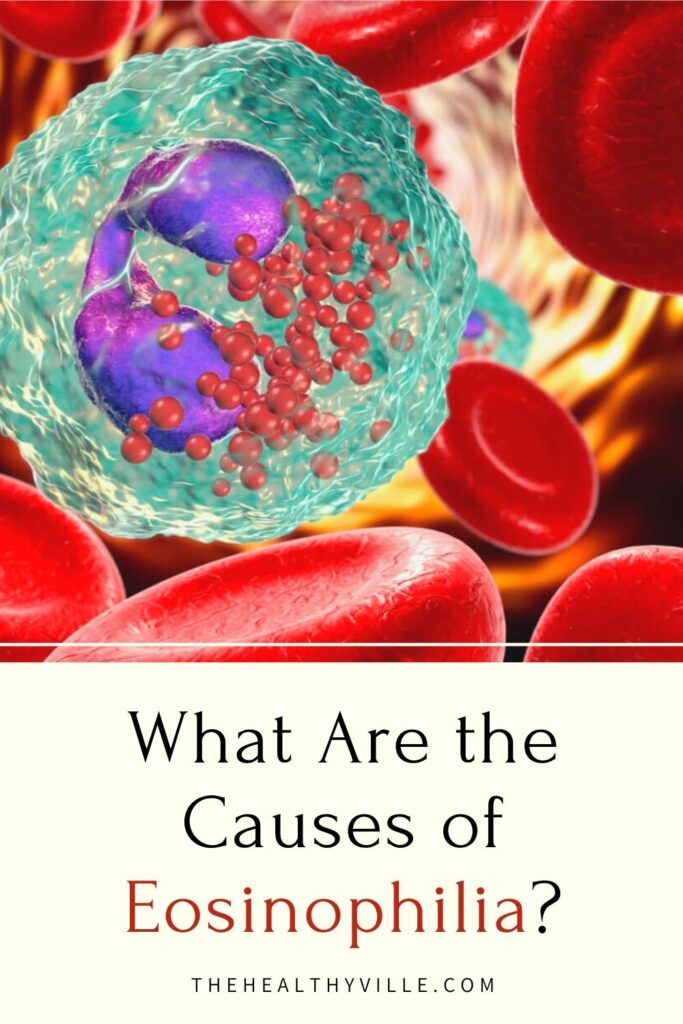 Visceral Leishmaniasis, Cutaneous or Mucocutaneous – You Have Any?

What Is Giardia Lamblia? – Symptoms, Causes and Treatment Options

Allergy to Mold – How Dangerous Can It Be and What to Do About It?