Cholecystokinin is an important hormone in our bodies, even though you may not know anything about it. Find out the important details!

Did you know that the feeling of fullness that we experience when eating has to do with the hormone cholecystokinin? Keep reading and know what other functions it fulfills in the body.

Its production is in the duodenum, by the cells that line this portion of the small intestine. Although, there’s secretion of it in the brain by certain neurons and even in the hypothalamus. It has receptors in the central nervous system and in the digestive system.

In general, the functions of cholecystokinin are related to the control of appetite and digestion. Likewise, it is a neurotransmitter, which is why recent research attributes a role to it in anxiety disorders.

How is cholecystokinin produced?

The first studies on cholecystokinin date back almost a century. Ivy and Oldberg identified this hormone in 1928, in the secretions of the gastric mucosa of cats and dogs. In 1964, Jorpes and Mutt isolated it for the first time and described its amino acid sequence.

Cholecystokinin is a peptide that the cells of the mucosa of the duodenum secrete. Although it is also generated in other segments of the small intestine, as well as producing nerves in the colon.

Cholecystokinin is stimulated by various polypeptides, triglycerides, carbohydrates, hydrogen ions and calcium, through the parasympathetic pathway. CCK molecules are synthesized and released in a variety of ways. The coding gene is found on chromosome 3. In addition, a precursor to cholecystokinin has been identified in the small intestine.

The bioactive peptides of CCK derive from the last amino acid portion of this precursor. Depending on the fabric where you are, there are several mixes with different lengths. Molecular formulas that differ in the number of amino acids are: CCK-8, CCK-39, CCK-58. The main one is CCK-33.

It is in the brain where there’s production of cholecystokinin most. And the neurons that make it are the most abundant in comparison to any other neuropeptide.

Cholecystokinin appears in equal proportions in the intestinal mucosa and in the brain. Therefore, presumptions are that its functions in the digestive system are as important as in the nervous system.

Among the different types of hormones are the so-called enterohormones, of which cholecystokinin is a part, along with secretin and gastrin. They regulate the secretory functions and motility of the digestive system, participating in the control mechanisms of hunger and satiety.

According to research, the stimuli that have the ability to act on the hypothalamus, reducing appetite and increasing energy expenditure, come from the gastrointestinal system. The substances involved are glucagon, bombesin, cholecystokinin, and glucose.

So the main function of cholecystokinin has to do with digestion. In this sense, this hormone regulates the speed with which food gets out of the stomach, acting on the pyloric sphincter. It also stimulates the production and delivery of bile, increasing the enzymes released by the pancreas.

This hormone increases the feeling of fullness, reducing appetite. In addition, it has other functions:

The action of cholecystokinin on the central nervous system is not yet fully clarified. It acts on the satiety center, decreasing the appetite.

Evidence says that cholecystokinin in the brain may have an impact on anxiety, since when there’s an administration of CCK agonists, there’s production of anxious responses. On the other hand, it could play a role in inhibiting or increasing dopamine levels, which in turn would have an impact on mood.

What happens when there are alterations in the levels of this hormone?

Lower than normal levels of cholecystokinin appear in some obese people. This CCK deficiency is part of the autoimmune polyglandular syndrome.

Alteration of the serum concentrations of cholecystokinin may indicate exocrine pancreatic insufficiency, so a patient needs CCK levels tests for diagnosis or detection of this pathology. On the other hand, studies have analyzed the physiological role of CCK in Ewing’s sarcoma, showing that it acts as a malignant growth factor.

Finally, there is evidence that the expression of cholecystokinin within the brain may play a key role in the pathogenesis of certain types of schizophrenia. Although we need further studies on this matter.

The appetite and anxiety hormone

The cholecystokinin hormone has to do with appetite control, anxiety and panic.

There are people with high levels of cholecystokinin who do not show symptoms of any disorder or disease. However, there are current studies trying to still find out how decisive it is in obesity and in general health.

If you think you are having anxiety or appetite disorders, you can go to an endocrinologist to assess whether your hormones may be affecting you. A simple laboratory will clear up some doubts.

Don’t forget to SHARE everything you now know about this hormone with your friends and family on your social networks! 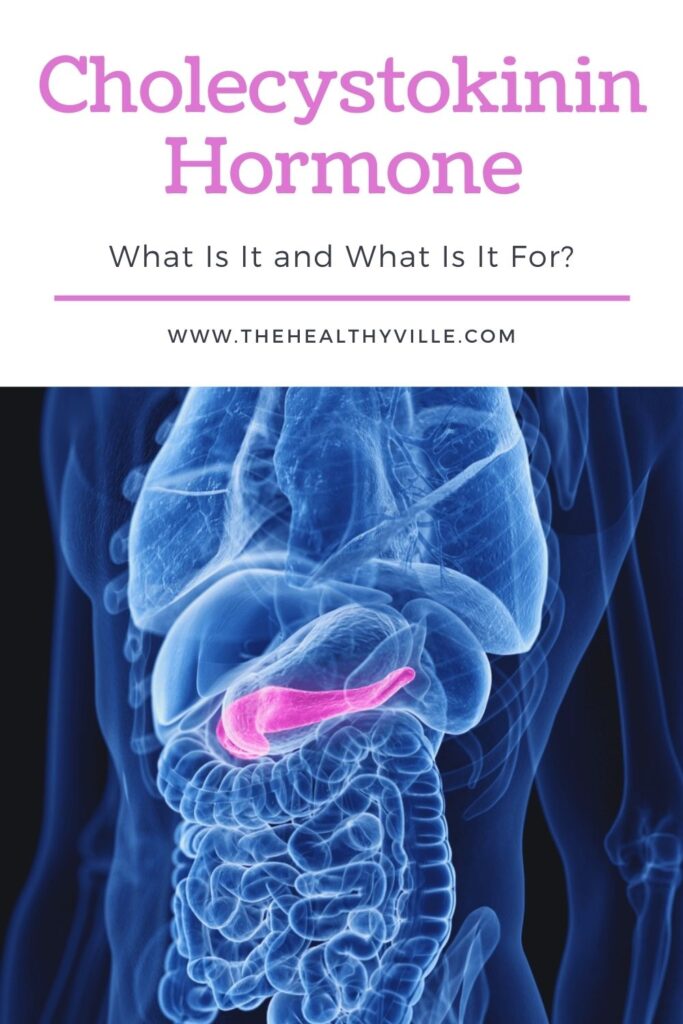