Home Health What Are the Early Pregnancy Symptoms and How to Notice Them?

The early pregnancy symptoms are mainly due to hormonal and organic changes that occur to make gestation possible. Find out in this article.

The main symptoms of pregnancy are manifested throughout the first trimester of pregnancy, but the mother’s organism begins to undergo changes from the moment of fertilization. Anyway, in this there are no fixed rules, because each mother is different.

The usual thing is that at the beginning everything goes unnoticed. The main symptoms of pregnancy usually occur after the sixth week. However, some women are so in tune with their body that they begin to detect changes from the first days of pregnancy.

Some women experience all the main symptoms of pregnancy. Others, only present some of these manifestations; There have also been cases of women who only realize that they were pregnant when the process was well advanced, even in the last trimester.

Gonadotropin, or hCG, is the hormone responsible for the first symptoms of pregnancy. The levels of this hormone increase steadily until week 10 or 12. It increases by no less than 60% every two days. After that period it tends to stabilize, or even decrease.

Gonadotropin is produced in the placenta during pregnancy. Pregnancy tests seek to detect the presence of the homrona in some occasions, or its exact level in others. This is a clear indicator of pregnancy or blood or urine tests.

The increase in gonadotropin usually produces mild effects at first. It is common to generate headaches, gastrointestinal disorders, acne or skin changes. It is usually detectable only up to 10 days after fertilization.

The most common is that during the first four weeks the early pregnancy symptoms appear. These are:

Some women begin to feel strange or different. They have the feeling that something has changed in them and this can cause them some uneasiness. It is common to have mood swings, in which episodes of sadness and irritability predominate. Emotional explosions are not uncommon.

All sensations together could generate a state of bewilderment. There are perceptible and imperceptible changes that eventually cause the feeling of being overwhelmed, without knowing exactly why. This is more intense in women who did not want to become pregnant or do not have much information about it.

In the most extreme cases a condition that is known as Pregnancy Denial Disorder occurs. It is also called “cryptic pregnancy” or “pregnancy denied.” It has to do with the fact that the woman unconsciously decides to ignore the changes that occur in her body.

The opposite is also the case: a woman can persuade herself that she is pregnant without being pregnant, and present all the typical symptoms. This disorder not only occurs in humans, but in dogs, cats and rabbits.

Read more: Follow This Weight Loss Plan After Pregnancy And Get Back In Shape Fast!

There are symptoms that are classics of the beginning of a pregnancy. You should not be afraid, but control their appearance and relate them to the dates of the last periods and your fertile days according to the period.

For some of these symptoms, if they are severe, specific and safe treatments that do not affect the baby can be used. You should consult your doctor if you suspect you are pregnant or if you already have it confirmed and the signs of the first trimester are overwhelming you.

Don’t forget to SHARE the early pregnancy symptoms with your friends and family on your social networks! 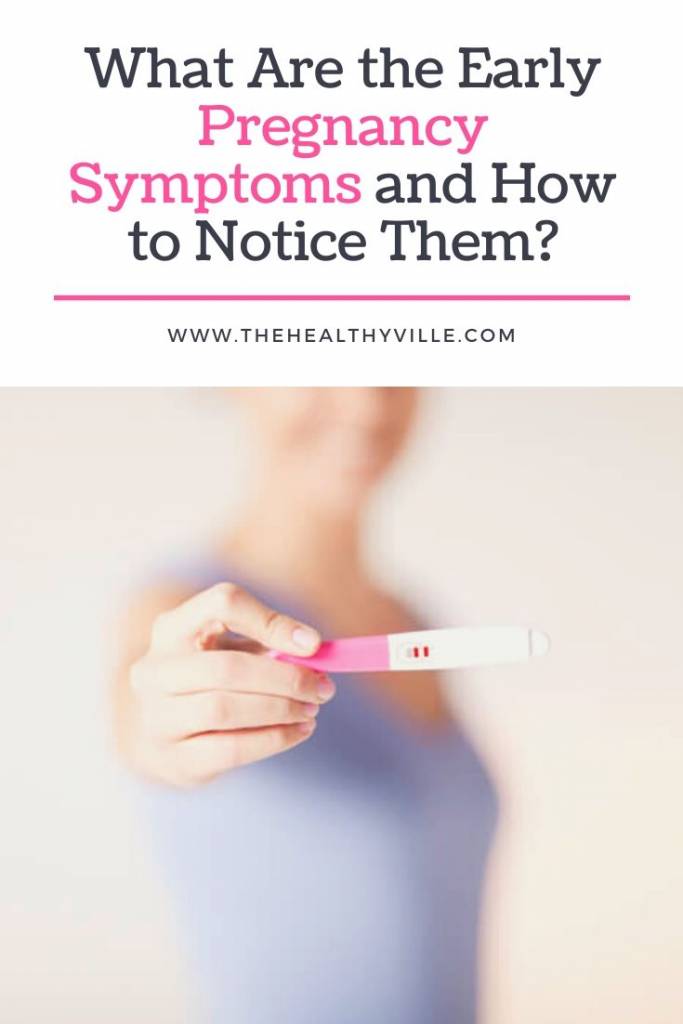