Home Health Epileptic Spasms: Why Do They Happen and What to Do?

Epileptic spasms happen not that often to people suffering from the disease, but in case they happen in front of you, know what you need to do.

In our society, witnessing an epileptic crisis is somewhat traumatic for many, due to the lack of knowledge of the measures that we can adopt in order to make them go from being something bad to something avoidable or controllable. In this article we tell you.

As statistical data, 3% of the population will suffer at least one epileptic crisis throughout their lives. Therefore, it is a very frequent disease, being the second neurological cause for which people go to the emergency room.

Epilepsy is a chronic, non-communicable brain disease that affects people of all ages. In addition, worldwide, some 50 million people suffer from it, and about 80% of patients live in low- and middle-income countries.

Below, we will explain what an epileptic seizure is and how to keep a person safe until the seizure ends on its own.

What are epileptic spasms?

By definition, epileptic spasms is a set of diverse symptoms, from symptoms that can go unnoticed to manifestations that we popularly call seizures: generalized contractions of the body with loss of consciousness.

Curiously, these symptoms are due to the fact that a group of neurons in our brain decide to activate at the same time and carry out their activity excessively and abnormally. We can differentiate two types of epileptic seizures:

Acute symptomatic crisis: an injury outside or inside our brain causes the crisis. Brain trauma, cerebrovascular disease, a brain infection, fever, intoxication or imbalance of salts and sugars in the blood can cause this type of crisis.

Unprovoked seizures: Commonly known as epilepsy. 6 out of 10 people who have seizures are due to epilepsy with no identifiable cause.

According to the ILAE (International League Against Epilepsy), epilepsy is an alteration of the brain that predisposes a person to have more than one epileptic crisis throughout his life. This has consequences at the neurological, psychological and social levels. That is, any one of us can have epileptic seizures, but not all of us will develop epilepsy.

Types of seizures: signs and symptoms

First of all, it is necessary to know that there are two main types of epileptic seizures: generalized seizures and partial or focal seizures.

Unfortunately, abnormal activity occurs throughout the brain and often occurs with loss of consciousness:

Absences: usually occurs in children and young people. The individual loses consciousness for a few seconds, without another clinical manifestation, and during this interval he does not usually answer, he is disconnected from the environment. They don’t pass out or have muscle contractions; they simply stop doing what they were doing and stare.

Myoclonic seizures: This type of generalized seizure has no loss of consciousness. He has a muscular shaking of the extremities, usually from both hands.

Tonic: it appears as a single sudden tonic contraction. The body stiffens like a board with loss of consciousness.

Clonic tonic: it is what we normally associate as epileptic crisis. First, it has a tonic contraction phase, and then it follows with clonic contractions – muscle jerks. It is always accompanied by loss of consciousness. Frequently, they bite down on the side of the tongue and there is sphincter relaxation. It usually lasts 1 to 2 minutes, and then there is a period of several minutes of confusion.

In this case, abnormal activity only occurs in a specific group of neurons. Depending on the affected region we have certain symptoms, for example visual, olfactory hallucinations, shaking of one hand.

How should one act?

If we witness an epileptic crisis we must do the following:

Carefully lay the person down on the ground, or in an area where there are no hard or sharp objects around. The head should be on something smooth and flat.

You must turn the person to the side to improve respiratory dynamics.

Loosen objects that could be around the neck, since they are dangerous in the middle of the movements.

Stay with the person until the spasm is over.

Read more: Natural Epilepsy Treatment – Learn How To Reduce The Seizures With A Homemade Remedy!

What not to do?

Beyond you should do at these times, it is important to know what precautions to take. You do not want to make mistakes that complicate the person’s evolution. A priority is not to try to perform cardiopulmonary resuscitation.

The person should not be held during the epileptic seizure. Nor should objects be put into the mouth trying to catch the tongue. It is preferable that the crisis happens with the person turned to one side, and that the same position accommodates the tongue.

Nor should food you offer food to the person immediately afterward. Liquids either, at least until we confirm that the affected person is alert.

Don’t forget to SHARE what epileptic spasms are and what to do when around someone who has them with your friends and family on your social networks! 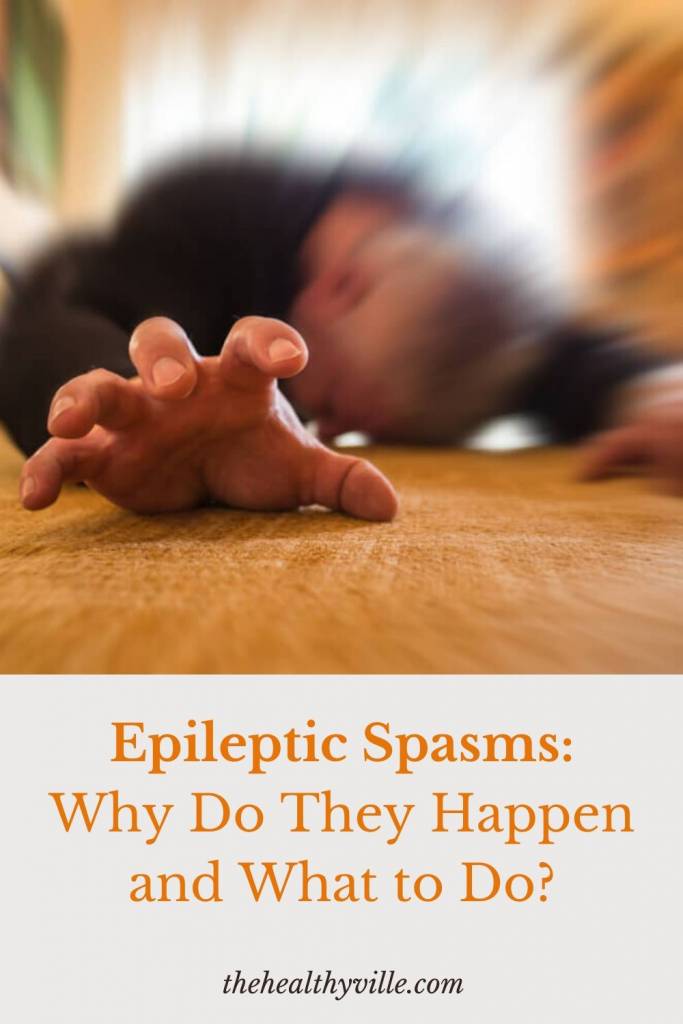