Guttate psoriasis is a skin disease that causes red, scaly lesions. Although it can affect anyone, it occurs more frequently in children. Know its possible causes.

Guttate psoriasis is a form of psoriasis that causes smaller lesions, which are usually due to bacterial infections. It is common, especially, in children and young adults. In addition, it frequently appears on the arms, legs and trunk.

Remember that psoriasis is an inflammatory skin disease, in which red plaques covered with whitish scales, firmly attached, are observed. It manifests in many ways, but none is contagious. However, it occurs with buds that tend to repeat throughout the year, especially during spring and autumn.

What is guttate psoriasis?

Drop psoriasis or guttata (gutta means “drop” in Latin) has a higher incidence in people younger than 30 years, more often in children. Multiple red lesions appear on the skin, with very fine scales, not as thick as typical lesions and simulating drops throughout the body.

It lasts for weeks, during which time outbreaks are usually evident until you treat them. Patients feel itchy, causing more injuries from the same scratch. It does not compromise the general good condition of the patient, nor does it usually cause fever.

There is no concrete evidence of the origin of this disease, but we know that it is due to the immune system and genetics. According to a study in 2016 by CILAD, the main genes that mutate in individuals with psoriasis are the following:

This genetic alteration can be inherited, without necessarily developing the disease, since external factors are also involved in the appearance of symptoms. They include those discussed below:

Treatment of this type of psoriasis is slow and requires patience on the part of the patient. Often, the professional advises the daily use of emollient creams in order to reduce flaking and reduce the itching sensation.

However, it is essential to rule out whether the cause was a previous strep infection. If so, the administration of a specific oral antibiotic will begin. On the other hand, if there’s no confirmation on this cause, the professional may order a blood test and other complementary tests.

The first line of treatment is the topic. Doctors can recommend corticosteroid creams, which you should not use them for very long periods to avoid possible adverse effects.

As a second line, in the case of not obtaining any response with the use of corticosteroids, you can choose creams with calcipotrol or tacrolimus. Both can be used for longer periods of time, since they do not cause adverse effects.

When topical treatment is not enough, you can consider other options such as the following:

All these alternatives can resolve the clinical picture, but needless to say, they require periodic controls to rule out that side effects have arisen.

The evolution of psoriasis is unpredictable. In some patients it does not reappear after a first outbreak. Instead, others develop it again after having pharyngeal infections. There are even those who develop another variety of psoriasis.

Guttate psoriasis, when chronic, causes a great emotional charge in people who suffer from it. It can cause low self-esteem, anxiety and even affect interpersonal relationships.

Don’t forget to SHARE all the details about guttate psoriasis with your friends and family on your social networks! 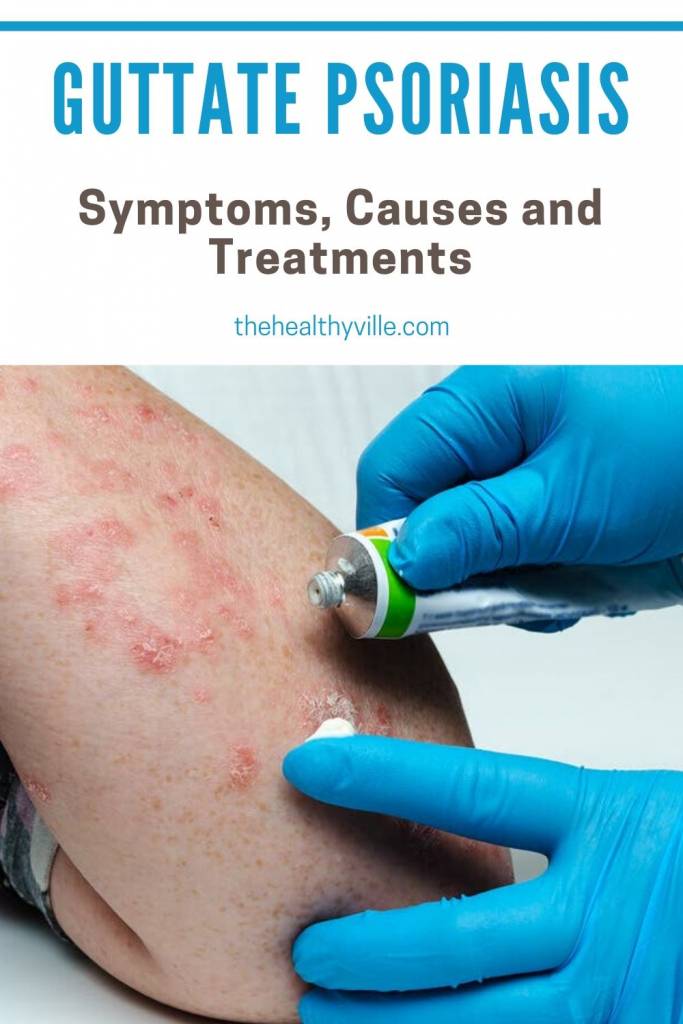