Home Health How Is Scarlet Fever Transmitted? Why Does It Appear?

How is scarlet fever transmitted? When symptoms such as fever, skin rashes, and redness of the tongue appear, you have it. But how do you get it?

Do we know if scarlet fever is contagious? Scarlet fever is an acute infectious disease due to the bacterial species Streptococcus pyogenes. According to scientific studies, of the 74 species that make up the genus Streptococcus, the named microorganism is one of the most virulent for humans.

This bacterium causes both suppurative and non-suppurative pathologies in our species, such as pharyngitis, cellulitis, necrotizing fasciitis and rheumatic fever, among many others. This is why targeting this pathogen from a clinical perspective is essential. Here we tell you everything you need to know about scarlet fever and its contagion capacity.

About the distribution of scarlet fever

According to epidemiological publications, scarlet fever is a pathology that mainly affects children. Here are some data that put the global situation of this disease into perspective:

As we can see, although we are facing a pathology from ancient times, this pathogenic microorganism continues to be present in our society. This is why knowing their transmission methods is helpful. We expose them to you below.

What is scarlet fever?

As we have said before, scarlet fever is a pathology caused by the infection of Streptococcus pyogenes of serogroup A. According to studies already mentioned, this bacterium is capable of producing exotoxins and superantigens (provoking exaggerated responses by the immune system), therefore that its action on the human body encompasses a broad symptomatology.

The sites of colonization of the bacteria are the mucosal surfaces and, to a lesser extent, the skin. Portals such as the National Library of Medicine of the United States collect the symptoms associated with scarlet fever:

It should be noted that the most obvious symptom of this disease is the appearance of a skin rash. While the first signs appear on the first day or two after infection, the skin rash usually appears after 3 to 5 days and lasts for more than a week.

How is scarlet fever transmitted?

According to professional pediatric organizations like Kidshealth, scarlet fever is very contagious. Both direct contact with the affected surface (in the case of patients with impetigo, another manifestation caused by this bacterium) and inhalation of microparticles (coughing and sneezing) from a sick person can spread the infection to a healthy patient.

In addition, note that this microorganism survives on inanimate surfaces for up to four weeks. Therefore, touching materials or food that has been in contact with a sick person and then putting your hands in your mouth is a potential danger.

Official bodies, such as the Centers for Disease Control and Prevention (CDC) warn that one of the events that most lead to the appearance of scarlet fever outbreaks is poor food handling. In any case, experts do not believe that the bacteria can be transmitted by pets or toys, as long as the disinfection is adequate.

The period of contagion lasts as long as the symptoms do. Despite this, it is a mild infection that resolves easily with the application of antibiotics. You should notice that after 48 hours of treatment, the patient stops showing contagion capacity.

Scarlet fever is common in pediatric age, as another exanthematic disease.

As you can see, we are facing a mild but highly contagious pathology by unhygienized surfaces or by microparticles of saliva from sick people. Therefore, good hygiene habits are the first defense barrier against scarlet fever. Some guidelines to follow are the following:

Scarlet fever and its contagion

Scarlet fever is a highly contagious infection due to a widespread microorganism in the general population. Even so, it is a mild infection that, with antibiotic treatment, resolves in a few days.

Although the patient may have complications, such as pneumonia or sinus infections, these are not common. However, before the appearance of a generalized rash associated with a fever process, a visit to the doctor is mandatory.

Don’t forget to SHARE how is scarlet fever transmitted with your friends and family on your social networks! 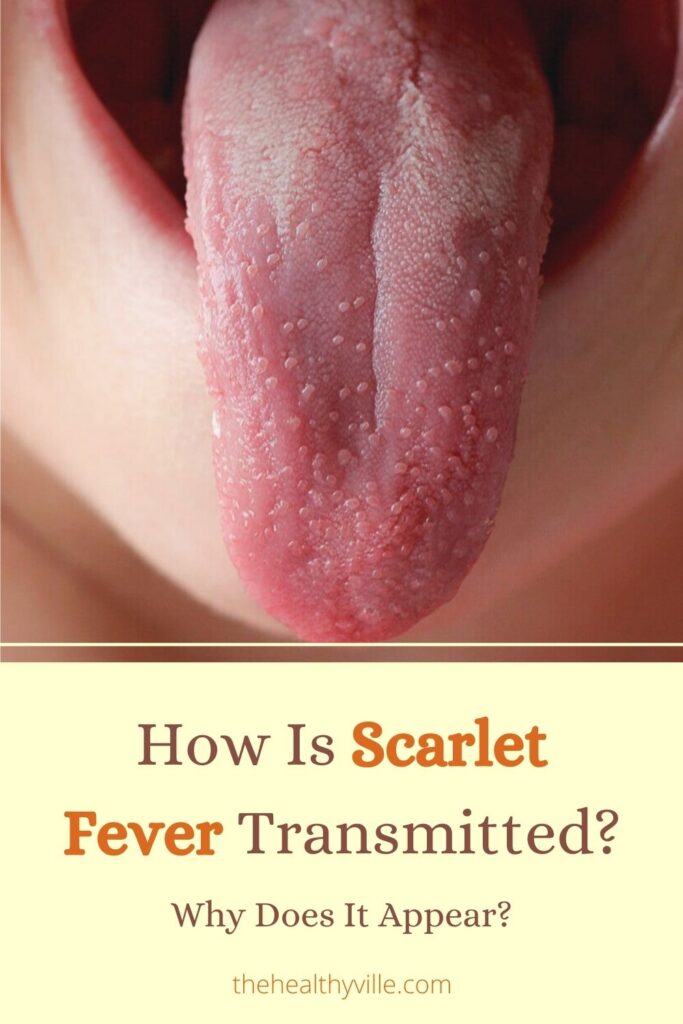