Home Health How Long Do Periods Last and What Does It Mean If Your...

How long do periods last? The longer than normal period can cause concern in women. Discover its most frequent causes and treatment options.

For many years, menstruation has been a taboo in society. This has caused a great ignorance of the variety and richness that the menstrual cycle implies. So much so that when the period lasts longer than normal it is always scary, but it doesn’t have to be pathological every time.

The average duration of bleeding ranges from 4 to 8 days, but varies depending on the population studied. However, some women do not meet this criterion, as they have a longer or shorter period than usual, and some even have irregular periods. How long do periods last? Why can these changes occur? Keep reading to find out.

How long do periods last?

First of all, it is necessary to distinguish the type of vaginal bleeding and whether it is linked to menstruation. Depending on the stage of the menstrual cycle in which bleeding occurs, we can rule out whether it is an alteration of the period or not.

To know if menstruation is within normality, we must keep track of our cycle, the duration and amount of bleeding. Based on these characteristics, we have different alterations:

Therefore, if we see that the days of bleeding are extended by more than 8, we will be in front of a polymenorrhea. However, this variation almost always occurs accompanied by excessive bleeding, which changes the medical definition to menorrhagia.

Causes of a longer than normal period

When a menstrual flow occurs with a duration and abundance that is different from the previous ones that we have had, we must go to the gynecologist for a clinical examination. The possible causes of the disorder are divided into two large groups that we will discuss now.

When the cause of a longer-than-normal period can be seen on the physical examination performed by the gynecologist or on complementary tests, such as an ultrasound scan, it means that it is organic. There are several responsible anomalies, such as the following:

On the other hand, there is a group of causes that alter hormonal functioning and have an impact on the entire organism:

The functional causes are the most frequent and only between 10 to 20% are organic causes, such as those described above. However, doctors must be sure about them, because they have a specific treatment.

Excessive and lasting functional bleeding is usually due to malfunction of the hypothalamic-pituitary-ovary axis. This axis regulates estrogens and progestogens so that they can be at adequate levels, depending on the stage of the menstrual cycle.

Many times, this malfunction is due to the immaturity of the system. For this reason, it usually occurs in young people, specifically adolescent girls. It leaves no mark on the medical tests. The only thing that you can do is to try to control the hormonal levels through medication.

When should I worry?

First, it must be ruled out whether the longest cycle is part of a woman’s normality or not. As we mentioned at the beginning, the duration and the amount of the period is an individual characteristic.

If the bleeding has lasted for more than 8 days for years and there have been no signs or symptoms of illness, it may be completely normal and healthy. We don’t always have to be within the population mean.

On the other hand, if in each cycle the duration of menstruation has been less than 8 days and suddenly it lengthens, you have to be vigilant. It can mean that there is a hormonal alteration or some pathology that is in the reproductive system. This is the time to make a medical consultation.

Don’t forget to SHARE how long do periods last and why yours lasts longer with your friends and family on your social networks! 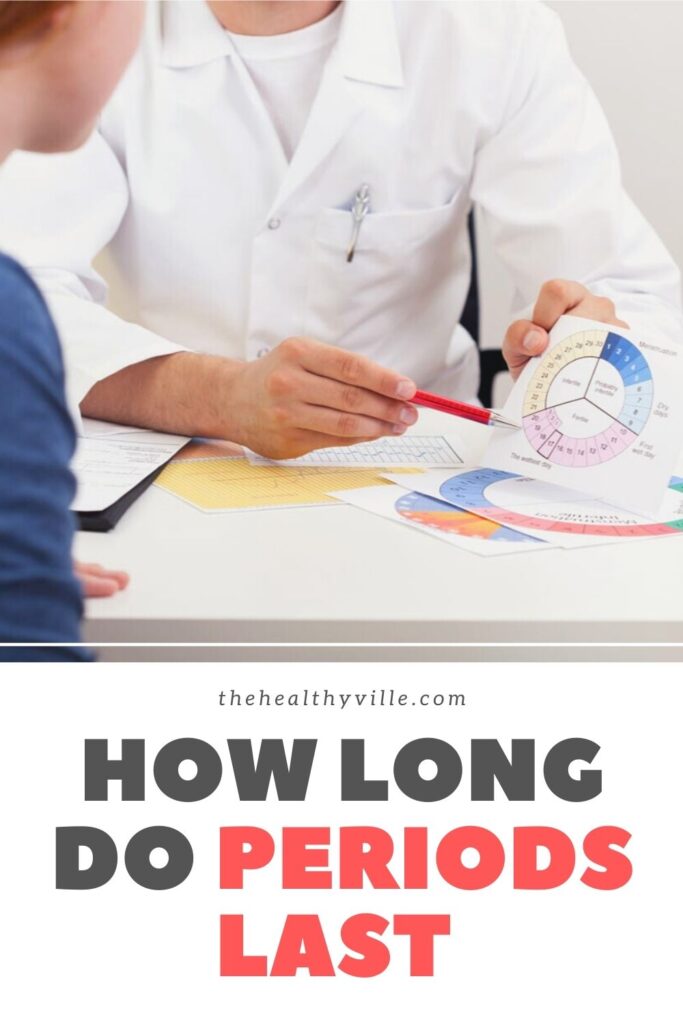