Home Health Learn How to Check for Lumps of Fat by Discovering the Different...

How to check for lumps? Are they dangerous? Do I need to be worried? When should I go to the doctor? Find out the answers to all of these questions today!

Lumps of fat on the back are frequent and cause concern among people who suffer from them. It is necessary to differentiate them from other pathologies to apply an adequate treatment.

The discovery of lumps of fat on the back causes concern in the person who finds them. Sometimes not a single one is produced, but it is accompanied by other smaller packages, and that alerts even more.

In any case, it is important to establish a differential diagnosis of the lesion. That is, although it may look like a lump of fat, it may be another pathology, such as a sebaceous cyst or a boil.

Although it is true that fat is the most frequent cause of this symptom, it does not hurt to carry out a medical consultation to establish what it is really about. Sometimes the clinical examination alone is sufficient to determine the origin of the lump, without the need for further studies.

Specifically, an accumulation of fat on the skin is called a lipoma. The name refers to its conformation, which consists of adipocytes – cells with lipids.

Lipomas are not malignant, and are generally limited to a size that does not affect other body structures. However, there are entities such as giant lipoma and internal lipomas, which can lead to unexpected complications, to the point of interrupting the functioning of other organs.

How to check for lumps? – Differential diagnosis for fat lumps

As we well anticipate, the existence of a lump of fat on the back requires a differential diagnosis. We have to assess whether we are dealing with a lipoma or another skin lesion with similar symptoms. Next, we detail the three most frequent.

In the presence of lumps of fat on the back, a differential diagnosis is necessary. Thus, you can determine the type and treat it. How to check for lumps, then?

This is the classic fat lump. Its growth is slow, progressive, and becomes evident when the patient discovers it, sometimes by accident. It is not painful and reaches a point of balance where it stops growing – except for the exceptions mentioned. If it is small, doctors often recommend doing nothing. If it is large or aesthetically bothersome, it is removed with local surgery.

If there is such a complication pus appears, which puts pressure to go out; this is a difference with lipoma, which does not have secretions. Treatment of a boil consists of antibiotics if there is infection, drainage if there is pus, and local washes with antiseptics.

This lesion is very similar to lipomas in its composition, since it has fat inside. The histological difference is that it has a cyst coating and some fluid inside. It hardly ever hurts, but it can be infected, like a boil.

To the touch it is mobile and even sinks a little with pressure. Like a lipoma, sebaceous cyst treatment is based on the size and discomfort it causes; If it is decided to remove, local surgery is done.

The fat lump or lipoma is common on the back, although it can also appear on the upper limbs and neck. Stranger is to observe them in the lower limbs.

When touched, the lipoma has a certain mobility and softness. At the pressure it can sink minimally, but it is not liquid like a cyst, so it offers some resistance to palpation. It is usually easy for the doctor to identify them, since touch is characteristic.

The size of the fat lumps does not exceed 4-5 centimeters in the vast majority. If it is larger, we already talked about a giant lipoma, which is an entity in itself. It requires a different approach because it penetrates deeper structures and its removal is not as easy as in other cases.

The origin of lipomas is not known with certainty. It is assumed that there is some kind of genetic link, since lumps of fat appear repeatedly in family groups with this tendency. But there are no conclusive studies in this regard.

Regarding age, the most affected group is that of adults, between 30 and 60 years of age. There is also no clear information on why it is distributed this way.

When to go to the doctor?

The consultation should be imposed when detecting a lump of fat on the back to make the differential diagnosis. It will be the medical professional who can quickly distinguish whether it is a lipoma or another entity. Likewise, it will order complementary methods or not based on gravity.

Some added symptoms warn of the need to consult more quickly, such as:

Although they are benign, lipomas require attention. It is better to consult and achieve a differential diagnosis than to remain in doubt. Much more if symptoms are associated that cause the suspicion of infection, compression of neighboring structures or enlargement of size.

Don’t forget to SHARE how to check for lumps with your friends and family on your social networks! 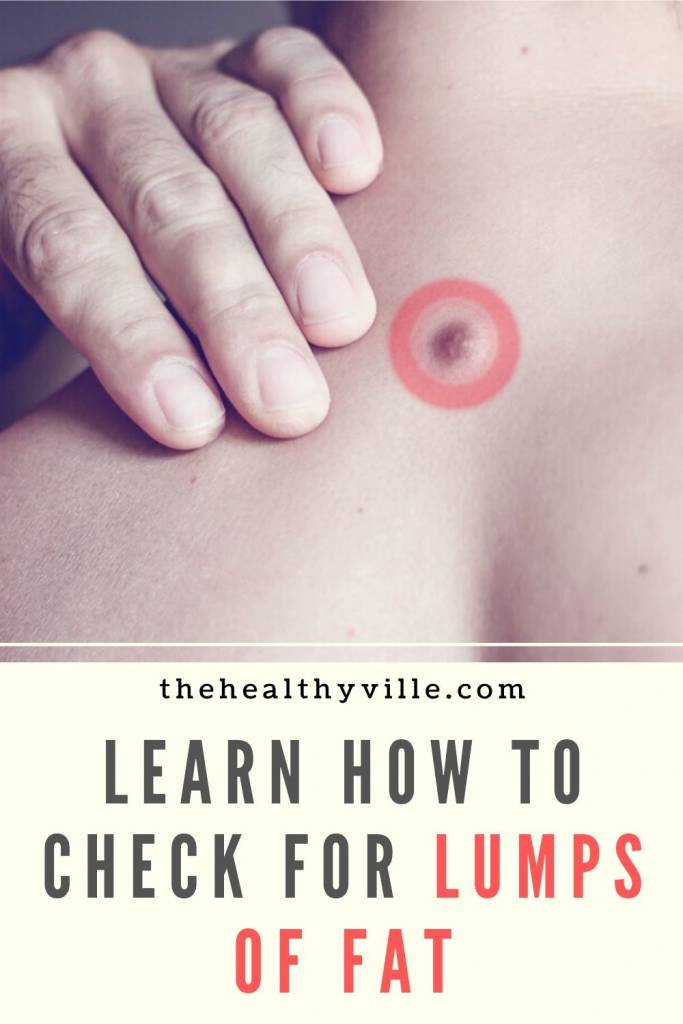