Home Health Is Sickle Cell Anemia Genetic? – Everything You Need To Know

Is sickle cell anemia genetic? Is it a hereditary disease? Learn more about it before it’s too late so you can treat it on time!

Remember that hemoglobin is the protein that carries oxygen, which is transported to all cells in the body thanks to the mobility of red blood cells through blood vessels. Considering that tissues need a constant supply of oxygen to function properly, if oxygen is not transported properly, it can cause serious damage to the body in the long term.

Sickle cell anemia accompanies the individual who suffers from it throughout his life. Also, its level of severity varies from person to person, and depends on how severe the hemoglobin defect is. Until just about five decades ago, the life expectancy of a person with this disease was only 14 years. Currently, in developed countries, life expectancy has increased to 40-60 years.

When someone inherits a single defective gene from one of their parents, their hemoglobin is said to have sickle-shaped traits. They rarely have problems similar to those with sickle cell disease. However, they are carriers of a genetic defect.

If your partner is also a carrier and they decide to have a child, there is a high probability that the child will inherit the disease. Anyone can tell if their hemoglobin is type S with a simple blood test.

When both parents have a normal and a defective hemoglobin gene, the chances that the child will inherit one or the other gene are as follows:

Sickle cell anemia is present from birth, that is, it is a congenital disease. However, most newborns do not have any symptoms. These begin to appear from 5 or 6 months of age. There are also cases when the manifestations of the disease appear much later.

The early symptoms are as follows:

Sickle cell anemia causes severe pain crises. Some experts argue that the level of this pain is higher than that experienced after surgery or childbirth. It usually appears on the arms, legs, chest, lower back, or abdomen. Despite the fact that some patients develop chronic pain that is difficult to manage, in most cases the episodes of pain are due to various factors:

Doctors diagnose sickle cell anemia with blood tests usually. The earlier they do it, the greater the treatment possibilities. In many parts of the world, doctors implement neonatal and even prenatal screening programs, in which case they analyze the amniotic fluid.

Sickle cell anemia can cause many complications, especially in the medium and long term. The most common are the following:

Other common complications include retinal damage, pulmonary hypertension, heart and kidney problems, painful erections, gallstones, liver complications, leg ulcers, and joint pain. It can cause growth to slow down and pregnancies to be risky.

Don’t forget to SHARE is sickle cell anemia genetic with your friends and family on your social networks! 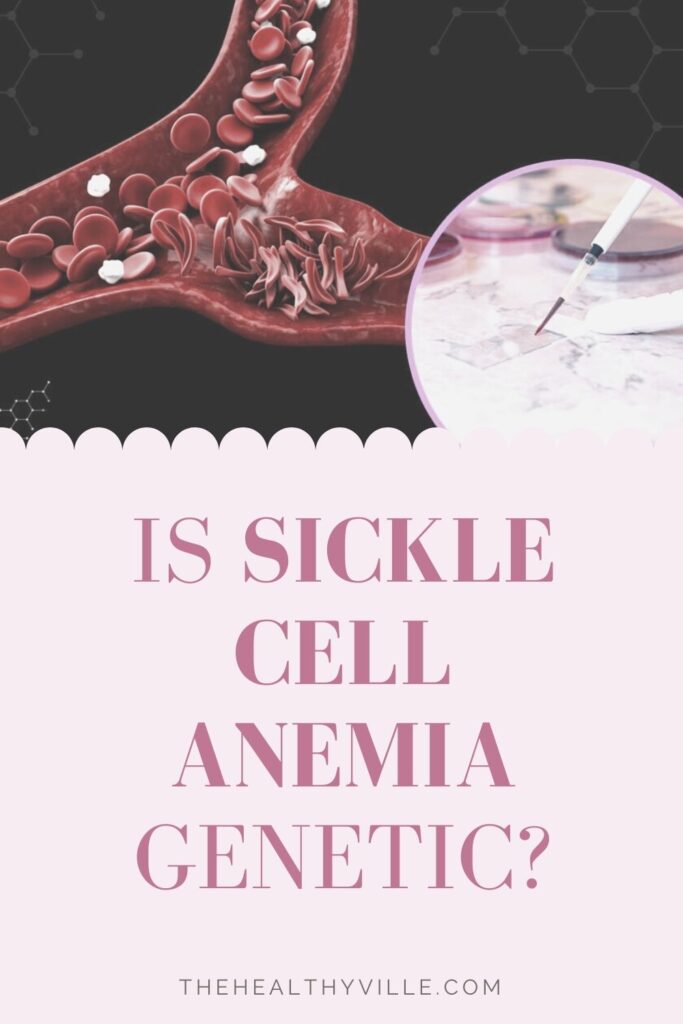