Home Health Importance of the Microbiota in Skin Health

Microbiota is made by millions of bacteria, fungi and viruses that inhabit the skin and fight daily to protect the body from external aggressors. We present them to you here.

Human skin is more than an outer covering; it is a large organ vital for survival. This is the plane of exchange and connection between the internal medium and the environment. In it resides an ecosystem of beneficial microorganisms for health. Are you interested in learning about the importance of skin microbiota in skin health?

Like other regions of the body, the skin has its own unique microenvironment made up of millions of bacteria, fungi, and viruses. The skin microbiota, also called microflora or microbiome, is made up of a group of invisible microorganisms that protect the human body from external aggressions.

In this sense, it is vital to maintain a balanced microbiome to avoid a large number of diseases and conditions. This ecosystem varies according to the age, the general state of health, the environment and the immunity of each person.

What is the skin microbiota?

The term microbiota refers to a community of living microorganisms belonging to a specific ecological niche, made up of stable species and other transitory ones. It is essential for the organism and maintains a symbiotic or mutually beneficial relationship with the human body.

This ecosystem is made up of more than 100 trillion microorganisms distributed throughout the body. In fact, they outnumber our cells by up to 10 times and include at least 1,000 types of known bacterial species. The skin is the organ with the largest microbiota, after the intestine.

Studies affirm that bacteria make up around 95% of the skin microbiota, of which 60% belong to the actinobacteria family and 25% to the Firmicutes. The main representatives are the following:

Similarly, the presence of fungi of the genus Malassezia on the skin is common, whose excessive proliferation favors dandruff and pityriasis. It is possible to show parasites, such as mites, in the hair follicles of the skin.

There are some microorganisms that inhabit all life on the skin and form the resident microbiome. On the other hand, there is also a group of transitory agents that do not always reside there.

They are microorganisms called commensals, since they survive at the expense of the host without causing disease. In general, they are in charge of attacking foreign germs that try to steal their nutrients or replicate. The most common are Staphylococcus epidermidis and Malassezia spp.

This flora establishes itself temporarily on the skin depending on the environment, weather conditions and daily activities. They are usually harmless microorganisms, mainly saprophytes, that feed on decaying matter.

Similarly, the transient skin microbiota also includes opportunistic pathogens capable of producing disease when immunity is depressed. One of the most frequent is Staphylococcus aureus, responsible for various conditions, such as cellulite.

The microflora of the skin is part of the first defense barrier of the human body against external aggressions and pathogens. At present, studies affirm that there are microorganisms that actively participate to alert the immune system of potential infections.

This ecosystem prevents harmful germs from multiplying, reducing the risk of colonization and invasion. In fact, microbiota bacteria are capable of producing toxic substances, called bacteriocins, intended to destroy other bacterial species.

Similarly, skin microorganisms play an important role in modulating inflammation. This is the result of an ongoing interaction between the immune system and the microbiome.

According to scientific studies, the immune system modulates exacerbations of the microbiota through peptides, such as cathelicidin. Similarly, resident skin bacteria have the ability to block the release of inflammatory mediators.

As if that were not enough, they promote the healing of skin wounds, reduce oxidative damage and minimize exposure to allergenic substances.

In addition, it is one of the pillars of cosmetology and anti-aging medicine, since the skin microbiota is responsible for keeping the skin moist, soft and smooth. It even reduces the damaging effects of ultraviolet (UV) rays.

For this reason, if the skin ecosystem is altered (dysbiosis), problems such as atopic dermatitis, psoriasis and rosacea are more likely to occur. Faced with skin dysbiosis, the external protection barrier would be compromised and the risk of infections would increase.

Where does it live?

Microflora agents are distributed throughout the skin, with great affinity for hair follicles and glands, according to research.

Within the anatomical regions with the highest volume of microorganisms are the following:

Similarly, the scalp, neck and trunk are areas rich in sebaceous glands that promote the reproduction and growth of the skin microbiota. Such is the case of some cutibacteria, mites of the genus Demodex and various fungi.

The microflora of the skin begins to form from the moment we are born. In the case of vaginal delivery, the newborn’s skin ecosystem will be supplied by the vaginal microbiota.

On the other hand, in newborns born by caesarean section, this microenvironment will be forged from skin exchange with the mother and exposure to the environment.

Currently, the skin microbiota is considered a unique marker that varies in quantity and content from one person to another. It is influenced by age, sex, immunity, pH, hormones, humidity and body temperature. In this sense, the pH of men is usually more acidic than that of women, so they tend to have a greater number of microorganisms.

Factors that damage it

Over the years, research has shown that overuse of antibiotics, poor hygiene, and the use of multiple medications can damage the gut microbiota. Something similar occurs with the microflora of the skin.

In general, the use of disinfectants and antiseptic soaps is beneficial, as it reduces the risk of many diseases. However, excessive hygiene with alkaline chemicals can cause skin dysbiosis.

Similarly, the lack of exposure to the environment during growth also generates problems in the proliferation of the native microbiota. The latter promotes lower immunity and an increased risk of infections and allergies.

The urban environment favors a less diverse and less functional skin flora. A recent study demonstrated that routine outdoor exposure is beneficial to the microflora throughout the body through the transfer of environmental microorganisms.

The skin microbiota is made up of millions of bacteria, viruses, fungi and parasites that act as a natural defense barrier. In general, it is a balanced ecosystem that brings great health benefits.

However, skin dysbiosis increases the risk of infections. For this reason, it is essential to take care of the skin flora.

Don’t forget to SHARE everything you know about the microbiota with your friends and family on your social networks! 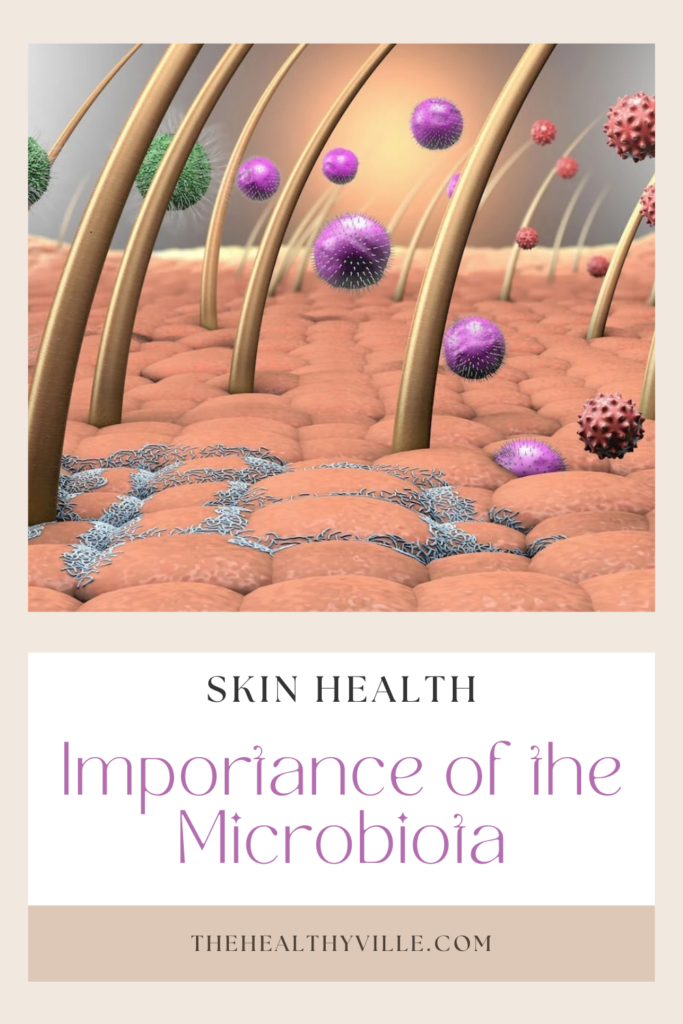