Home Health Of Natural Ways to Balance Hormones, Exercising Is the Best! Learn Why!

Natural ways to balance hormones are many, but none is better than exercising. Find out how working out can help you with hormonal imbalance.

Did you know that, in addition to the endorphins that we generate when exercising, there are also other hormones that are activated with physical activity and favor our general well-being?

Hormones are produced by the endocrine system and balance all the body’s processes. When we train, the hormonal response is activated for a better physical and psychological adaptation. In addition, we can regulate hormones through exercise.

Below we have detailed the most important types of hormones that exist and their functions. Also, you will know how to regulate them using the best of all natural ways to balance hormones, through exercise.

Hormones are substances released by the secretory or endocrine glands and circulate through the blood to organs and tissues. They play a very important role, since they influence almost all the cells, organs and functions of the body.

Hormones perform the following functions. They:

However, in order to understand how they work in particular, you must know that there are different types of hormones in the body and each of them fulfills a specific task in it.

Among the most important hormones we find the following:

Why is exercising one of the best ways to balance hormones?

The first thing you should know is that the human body is the set of a whole. The nervous system works shoulder to shoulder with the endocrine system. While one produces neurotransmitters, the other produces hormones that complement each other.

When exercising, the body activates a series of chemical or neurochemical processes to cope with the stress produced by these stimuli. When we train, the body generates adaptations in metabolism, in the respiratory and vascular system, in the blood and globally. These changes are coordinated by the nervous and endocrine systems each time we do a workout and recover from it

In general terms, exercise activates some hormones to regulate our performance each day, and after it, at the time of muscle recovery.

Among the functions that hormones have in the body when exercising are:

Hormones that are activated by exercise

In general, exercise, whether low, moderate or high intensity, activates certain hormones in our body. In fact, it stimulates the metabolism and promotes weight loss. Therefore, make sure you do your daily exercises to regulate your hormones!

Don’t forget to SHARE the best of all natural ways to balance hormones with your friends and family on your social networks! 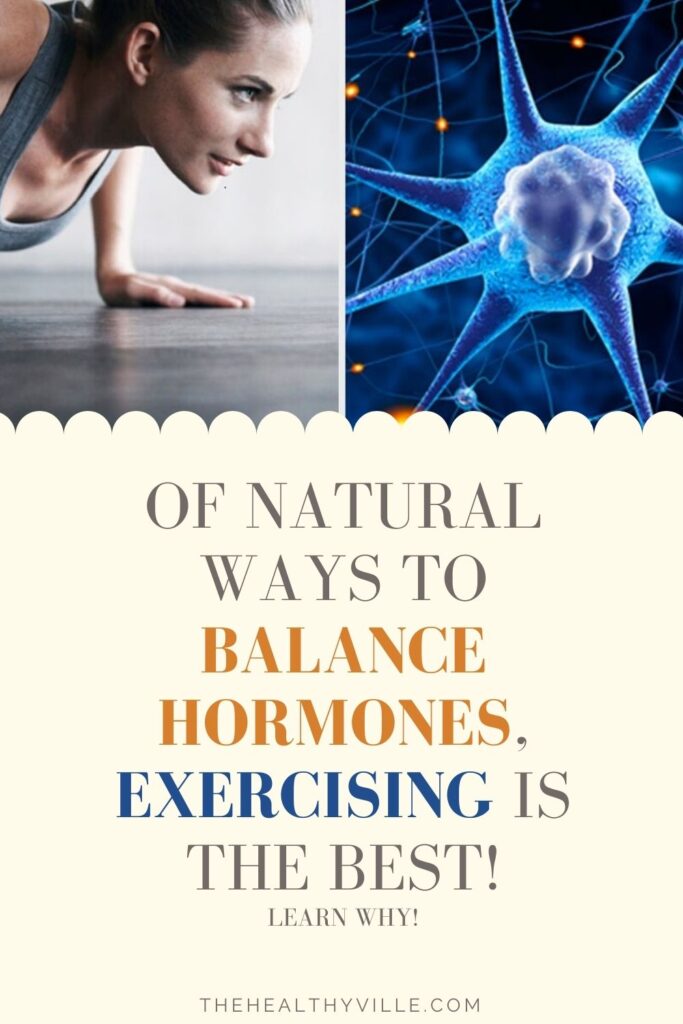