Symptoms of adrenal tumor may vary, depending on the type of tumor you have. Know them all and visit your doctor right away!

Benign adrenal tumors can secrete high levels of certain hormones that can cause certain complications.

The non-cancerous masses that appear in the adrenal glands are benign. We have two glands located on each of the kidneys. These glands are triangular in shape and consist of two parts.

The inner part, called the adrenal medulla, produces epinephrine and norepinephrine. Both hormones play an important role in regulating the nervous system.

Mineralocorticoids: such as aldosterone, which help regulate salt levels in the body. In this way, they control the absorption and excretion of salt and water in the kidneys.

Glucocorticoids: like cortisol, they are the hormones that regulate blood sugar levels. In addition, these hormones help regulate fat deposits and have an anti-inflammatory action.

What are the causes of benign adrenal tumors?

Certain tumors can develop when the adrenal glands produce too much or too little hormones. However, they can also appear when too many hormones are administered externally.

Types and symptoms of adrenal tumor

When tumors develop in the adrenal glands, they acquire a functionality that increases the number of hormones secreted.

Although benign adrenal tumors can grow out of control, they do not separate. Adrenal adenomas are those that develop in the cortex. While those that occur in the medulla are called pheochromocytomas.

You won’t notice symptoms of adrenal tumor if it is benign, and these tumors do not require treatment. However, on some occasions, they can secrete high levels of certain hormones. These elevated hormone levels can cause complications that must be treated.

The most common hormones that can be secreted in excess are aldosterone and cortisol from the cortex, and adrenaline from the marrow.

It is a group of inherited disorders of the adrenal glands. It affects men and women equally. However, for a child to be born with adrenal hyperplasia, both the father and the mother must be carriers of the gene.

There are two causes of hyperaldosteronism. One of the causes is the overgrowth of normal cells in both adrenal glands, while the other cause is the existence of a non-cancerous tumor in one of the adrenal glands

The main symptom is having high blood pressure that is difficult to control. Other symptoms that may appear are:

Prolonged exposure to cortisol causes alterations in the distribution of fat, immune problems and an increase in blood glucose.

When your body gets exposure to really high levels of cortisol and this exposure lasts for a long period of time, Cushing syndrome occurs.

Sometimes Cushing syndrome develops when people take medications to treat certain conditions such as asthma, rheumatoid arthritis, lupus, and other inflammatory conditions. It can also appear when treatments are given to suppress the immune system

Some of the common symptoms of Cushing’s syndrome can include:

Addison’s disease occurs because of a damage to the adrenal cortex. As a consequence of the damage, it produces hormone levels that are too low. This damage can be due to the immune system mistakenly attacking the adrenal glands. In addition, it can be due to infections such as tuberculosis, HIV, or fungi.

At other times, damage to the adrenal cortex can also be due to a bleeding in the medulla of the adrenal glands or the presence of tumors.

Symptoms can vary depending on the causes of the disease. However, some of the most common symptoms are: weight loss, weakness, extreme fatigue, nausea, low blood pressure and the need to eat salty foods.

Don’t forget to SHARE everything you now know about symptoms of adrenal tumor with your friends and family on your social networks! 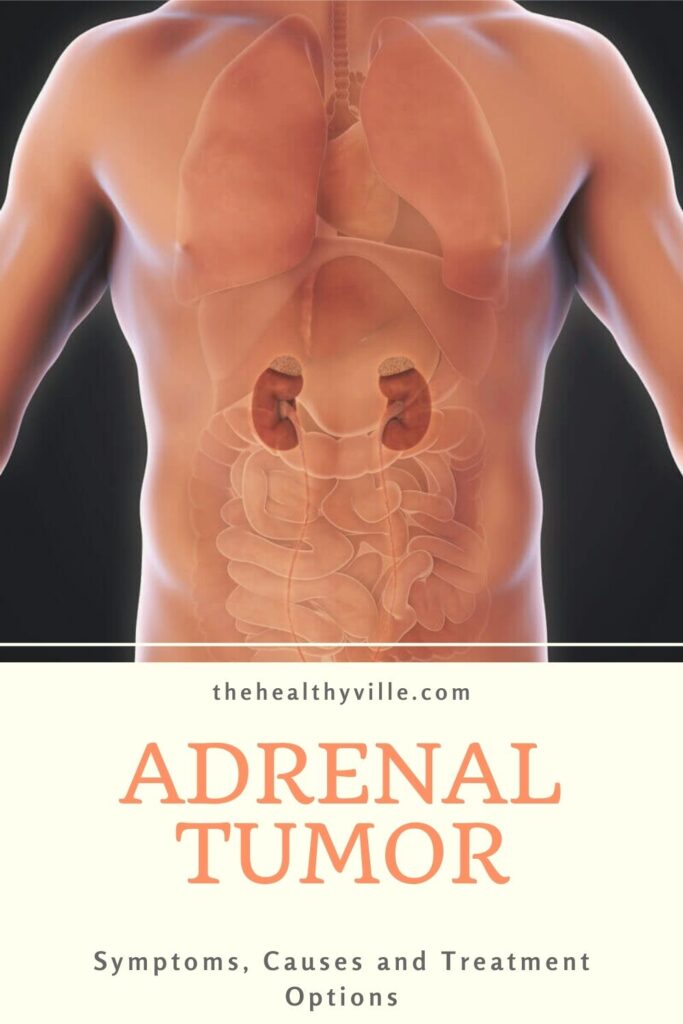