The tretinoin benefits are something you should take advantage of in case you have a skin prone to acne. But it comes with warnings. Find them all out!

Tretinoin, also known as transretinoic acid, is active vitamin A in all body tissues, except in the retina. Doctors widely prescribe it in the area of ​​dermatology for the treatment of acne vulgaris.

It is part of the retinoid family, which have a comedolytic action; that is, they normalize the process of desquamation of the follicular epithelium and reduce the obstruction of the follicle. However, we will see the mechanism of action later and in more detail.

For its application, it is administered topically, both in adults and in children over 12 years. A thin layer of the cream should be applied before bedtime and the repetition of the application is regulated according to the effectiveness and tolerance of each patient.

Before application, you need to wash the skin with soap and water, in order to promote absorption. An improvement of the condition is usually noticed after 2 to 4 weeks. However, the maximum effect is not reached before 6-8 weeks of treatment.

You will find tretinoin in creams containing 0.025 or 0.05 grams of this active substance per 100 grams of product.

Although surely you already know or even have suffered from this disease, we will talk a little about the causes that produce it and its general characteristics, so we can expand our knowledge and clarify doubts about this pathology so common in the general population.

In this sense, acne is a skin disorder that has its origin in the hair follicles. During this disease, these follicles become clogged with fat and dead skin cells. As a result, comedones, blackheads and grains can form.

Acne can appear on different parts of the body, but the most common areas are the face, back, chest and shoulders.

Four main causes have been established, which are:

In addition to this, there are other factors that favor the onset of this disease and that aggravate it. For example, stress can make this condition worse, as well as diet and certain medications.

Tretinoin is, as we have seen, a retinoid. Retinoids are involved in numerous organism processes, such as cell differentiation and proliferation, as well as in apoptosis, or programmed cell death, and reproduction.

This medicine stimulates mitosis of skin cells and reduces intercellular cohesion of the stratum corneum. In addition, it interferes with the abnormal keratinization of the hair follicle, thus preventing excess keratin from forming and lipids accumulating. Keratin is a protein with a very fibrous structure that constitutes the main component of the outermost layers of the epidermis.

In addition, tretinoin has a comedolytic action, that is, it manages to normalize the desquamation of the follicular epithelium and thus reduce the obstruction of the follicle. It also has an anti-inflammatory and preventive action for the formation of new microcomedones, which we know as pimples.

It is important to take into account a series of precautions when you are using this retinoid. In this regard, avoid:

Tretinoin is a medicine doctors prescribe in dermatology to treat different skin conditions, but, above all, to fight acne.

It is important to know well about the administration of this drug, as well as always follow the doctor’s recommendations. Misuse of this medicine can cause serious consequences.

Don’t forget to SHARE tretinoin benefits with your friends and family on your social networks! 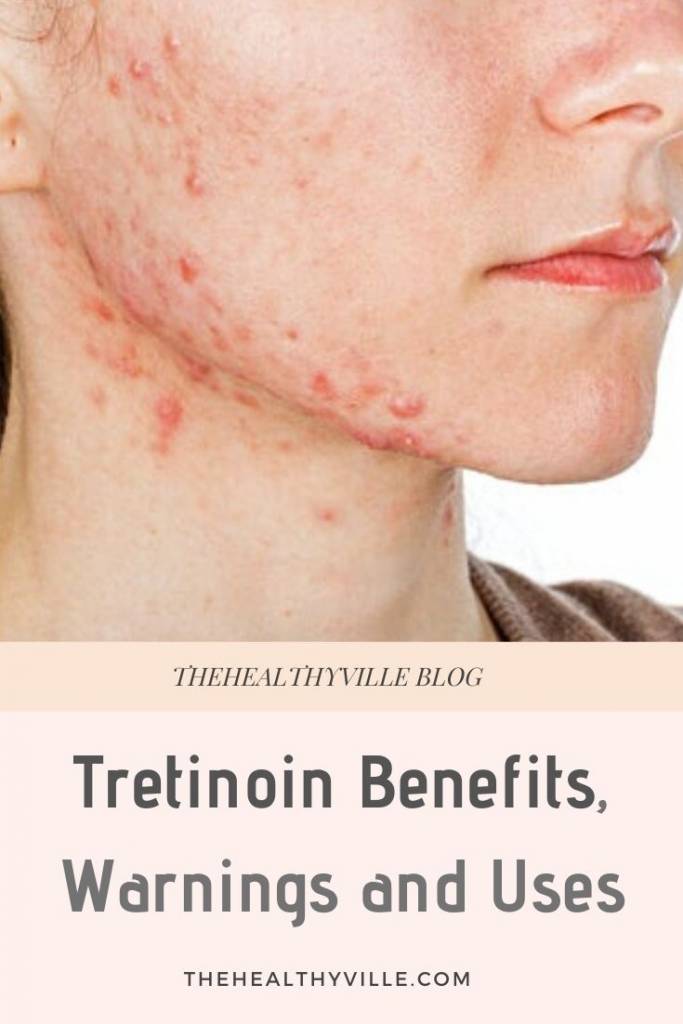 What Is Granuloma Annulare and How Do You Treat It?