The first warning signs of prostate cancer are usually related to problems in the lower region of the body, including difficulty urinating and ejaculating.

Prostate cancer is a serious disease in which the cells of this tissue suffer an alteration.

As a general rule, the prostate, a gland that only men possess, secretes part of the fluid that makes up the semen to the urethra. It is located below the bladder and in front of the rectum, the final part of the large intestine.

Thus, the cells begin to reproduce without control and can form small tumors or bulges due to this abnormal growth. This disease comes from a change in the genetic material or DNA of these microorganisms.

Although there is no specific cause for this disorder, several risk factors increase the risk of the disorder. For example, exposure to radioactive materials or the consumption of toxic substances (such as tobacco smoke). The physical condition of the patient also influences.

Also, this gland increases in size as the patient progressively ages. As this region performs a large number of cell divisions it is more prone to develop genetic mutations. This type of cancer is adenocarcinoma.

When the patient shows any of the following symptoms, it is important to see a doctor since an early diagnosis can improve the chances of treatment.

Doctors usually do certain medical tests in conjunction with the physical exam and family history check. For example, prostate biopsy and blood and urine tests can be performed.

Procedures such as radiography, scintigraphy, Magnetic Resonance Imaging (MRI), Computed Axial Tomography (CT) of the area to locate tumors in the affected area are also performed. Find out the first warning signs of prostate cancer.

During the early stages of the pathology it is possible that the subject does not present any symptoms. However, as the development of it progresses, patients usually suffer from any of the following alterations:

Problems in sexual function. Individuals are unable to get an erection, that is, they have an erectile dysfunction. On other occasions, the semen appears with difficulty (the individual suffers a strong pain in the ejaculation) and with the presence of blood.

Urinary disorders, such as the presence of blood in the urine, pain or discomfort or difficulty urinating.

Annoyance of varying intensity when the patient adopts certain positions. It usually occurs when performing actions that involve sitting or lying down. The pain that the patient feels is located in certain body regions such as the hip, chest and back.

Compression of the lower area of ​​the spinal cord. This can produce a series of signs for this alteration. For example, numbness of the lower extremities and inability to control the bladder and large intestine.

Finally, the corresponding medical team will study the possible treatments and perform them with the patient’s consent. Doctors carry out these guidelines with the objective of alleviating the symptoms that the patient may present, slowing down and neutralizing the disease. The most common recommendations are as follows:

Surgical intervention. During surgery, the entire prostate and a small portion of the tissue near the gland are removed. It is the most used method in the early stages of pathology. Extreme temperatures can also be applied to altered cells to neutralize or slow down their functions.

Chemotherapy. Doctors may prescribe certain medications with chemicals that attack cancer cells may to subjects. Chemo might be the best solution in this case.

If you suffer from some of the symptoms mentioned above it is recommended that you go to your medical team to perform an inspection and rule out prostate cancer.

Don’t forget to SHARE the warning signs of prostate cancer with your friends and family on your social networks! 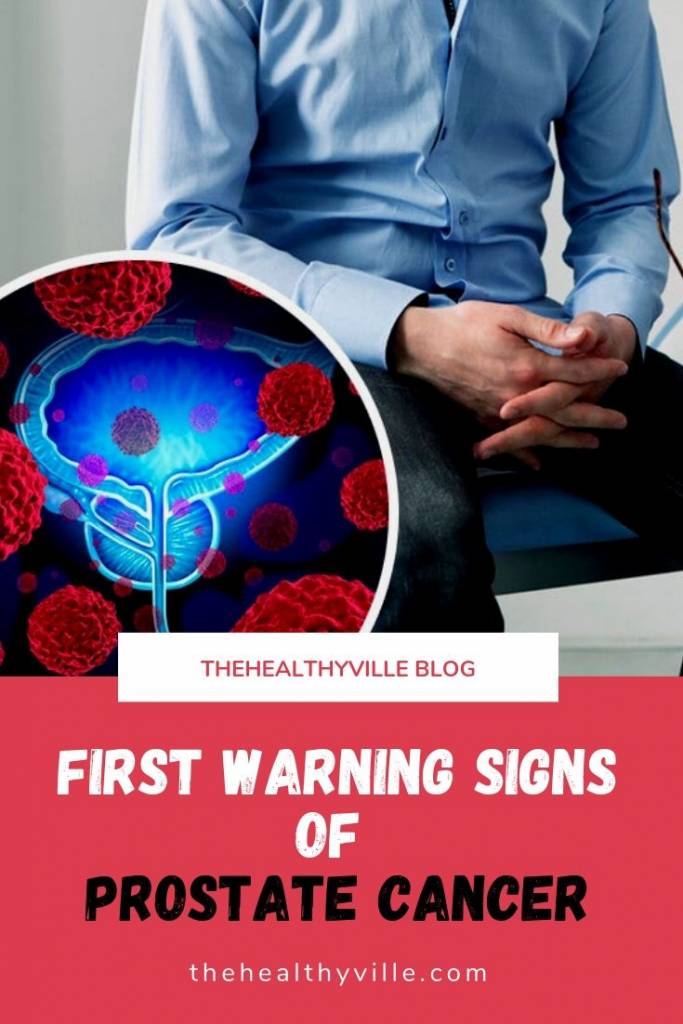