Home Health What Are Androgens? Do Women Have Them? What Is Their Function?

What are androgens? They are hormones present in both men and women, and influence aggressive behaviors and sexual desire in both. Learn more!

Androgens are male sex hormones whose main function is to stimulate the development of sexual characteristics in men. They are basically divided into three types: testosterone, androsterone, and androstenedione. Testosterone in particular is secreted by the testes.

However, 10% of these originate in the adrenal cortex of the adrenal glands. In fact, a woman’s ovaries also produce androstenedione, and these androgens are precursors to female estrogens. So, women have both estrogen and androgen.

The main function of these hormones, as the name implies, is androgenic. That is, virilizing or masculinizing. However, they also perform anabolic functions, that is, they contribute to the growth of tissues, basically muscle mass.

What are androgens? – The main types

The basic types of androgens are the three: testosterone, androsterone, and androstenedione. The characteristics of each of them are the following:

This sex hormone is secreted in the testes, but also in the adrenal cortex and the ovary. It has effects on body morphology, metabolism and also on the psyche. Also, it plays a key role in the development of male reproductive tissues, such as the prostate and testes.

It also affects secondary sexual characteristics, such as the configuration of muscle and bone mass. Testosterone is necessary for the normal development of the external genitalia, even during the first trimester of fetal life.

This substance is a steroidal androgenic anabolic. This means that it facilitates the typical muscular development of men. It has effects on sexual maturity, mainly on the distribution of hair on the body and on the voice. When it is very high in women, it causes them to have a hoarse voice and, many times, excess hair.

This hormone is produced in the testes, the adrenal cortex, and the ovaries. It works as an intermediary in the process by which testosterone and estrogens are produced. The most consistent effect of this hormone is to increase estrogen levels, both in men and women.

Other types of androgens

There is a subset of androgens that have an adrenal origin. These types of hormones help regulate various organs. Among them, the kidney, liver and reproductive tract. In women, especially, they prevent bone loss. The main ones are:

It is a basic component in the formation of testosterone and estrogens. Its levels are very high in newborns, but then they decrease. They increase again at puberty and affect the formation of axillary and pubic hair.

It is the main regulator of gonadotropin secretion. This is a hormone secreted by the pituitary that, in turn, is involved in the regulation of reproduction.

It is a powerful androgen that originates from testosterone. During pregnancy, it plays an important role in the formation of the external male genitalia. In adult life, it is the main androgen in the prostate and hair follicles.

The main function of androgens is to facilitate and promote male sexual development. They are high for the first six months of life and then rise again at puberty. Androgens remain stable until old age. At that stage, they decrease by up to 30%, after the age of 70.

“In men, they are responsible for the development and maintenance of sexual organs and secondary sexual characteristics, normal reproductive function and sexual behavior, in addition to stimulating the growth and development of the skeleton and skeletal muscle at puberty”

The puberty process in men begins at age 7, when the adrenal production of androgens begins. This stage is adrenoche. The process progresses and results in effects on the primary and secondary sexual characteristics. Other functions of androgens are:

The increase in the level of androgens leads to spermatogenesis or increased sperm production. This process originates in the gonads and activates by gonadotropin-releasing hormone.

The importance of androgens in other functions of the body

Androgens also play a role in inhibiting fat deposition. They have mechanisms that limit the ability of some cells to store lipids.

Similarly, androgens participate in the configuration of male muscle mass. Hence, men, in general, have a greater volume of skeletal muscle, compared to women.

Finally, since androgens are steroid hormones, they also affect the psyche and behavior. In general, they are incredibly important in the regulation of aggressiveness and libido.

Don’t forget to SHARE what are androgens with your friends and family on your social networks! 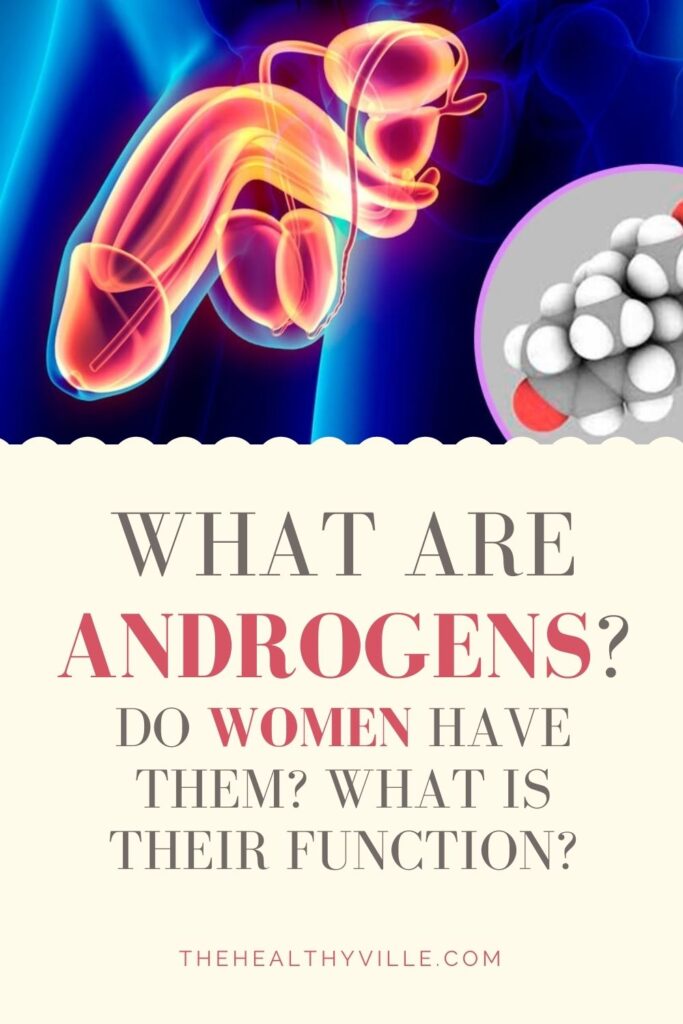