Home Health What Causes Kidney Problems and How to Recognize the Signs?

What causes kidney problems? Are there signs you could recognize to prevent major complications? Learn everything you need to know!

Pay attention the signals your body sends you. This will be key when it comes to detecting a kidney problem and will allow treatment to be scheduled in time.

There are some signs of kidney problems that warn that something is not working well in the body. When in doubt, it is best to find out to detect the origin of the discomfort in time and, thus, go to the doctor.

One of the main functions of the kidneys is the filtering of toxins and water through waste. Once filtered, they become urine and are expelled from the body. When the kidney stops filtering the blood due to lack of fluids, that’s when problems happen.

By not drinking enough water, waste and toxins are retained. Urea and creatinine accumulate and, in turn, this leads to a state of organic decompensation. How does the body warn you? Next, we inform you based on data from the National Institute of Diabetes and Digestive and Kidney Diseases.

In some cases, there are several signs at first that alert you to kidney failure. But you must pay attention to each one of them to prevent the disease from progressing and reaching stages that are even deadly.

Especially if you suffer from any of the following diseases:

However, the truth is that it is not easy to immediately diagnose kidney failure. And it is that, for some scientists, this is one of the many silent diseases.

Therefore, it is important to keep an eye on the results of routine medical examinations. These are intended to show any changes, detect the body’s signals and avoid possible complications. An example of this is the decrease in the quality of kidney function.

Pay attention to symptoms that are warning you that you might have kidney failure. To do this, we offer you a list of the most common. Aim!

Among the alterations that reveal the presence of a possible kidney disease, changes are primarily shown in the urine. But not so much in the physical characteristics, but rather in the amount and number of times you go to the bathroom.

The amount of urine usually increases in the early stages and then tends to decrease in case you have kidney problems. This occurs despite an increase in the urge to urinate.

Fluid retention is one of the unmistakable signs of kidney failure. Above all, it is evidenced by the swelling in the legs, without the need to have performed a physical activity that may have been the cause.

In more advanced cases, there is also soft swelling in the ankles, hands and even the face; having to resort to remedies to combat fluid retention, even temporarily.

Permanent fatigue or tiredness is a sign that something is wrong with the body. Therefore, it can also be a sign of kidney failure.

In this sense, both the retention of liquids and the lack of filtration of waste and toxins cause the person with kidney problems to be more tired.

However, it is important to consult with the doctor to study the exact causes of chronic fatigue and define if it is really because of that, or if it comes from another cause.

Anemia is a clear sign of possible kidney failure.

An onset of kidney problem may be behind the diagnosis of anemia.

However, not all are for this problem. But it will not be too much for you to study with a specialist if the cause may be due to the onset of kidney failure.

General itching, also known as itchy skin, is one of the unmistakable signs of kidney problems.

The itching in the body is caused by the retention of toxins. That is, the general itching appears after the malfunction of the kidneys.

Therefore, toxins are deposited progressively and harm health. So, if you do present it, pay attention and consult a specialist.

See your doctor at signs of kidney problems

As you have seen, there are different signs that can alert you to the onset of a kidney problem. So, if you want to prevent its advance, it is vital that you go to the doctor to prepare an appropriate treatment.

In any case, it is best to carry out periodic examinations that allow you to detect any abnormality in time.

Don’t forget to SHARE what causes kidney problems with your friends and family on your social networks! 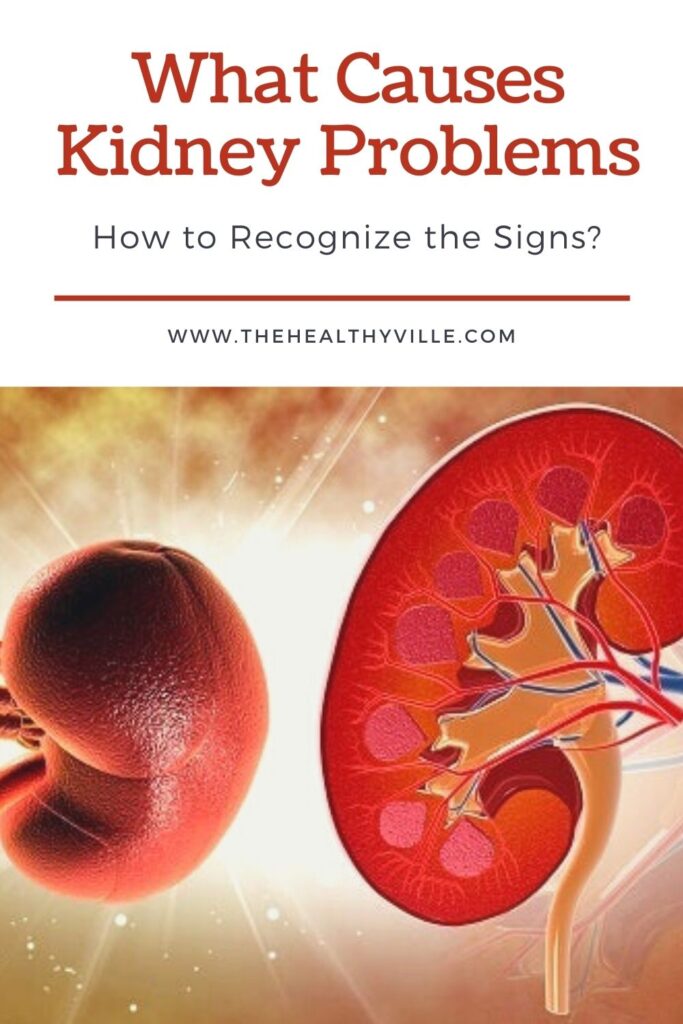