Home Health What Is a Tubal Ligation? What Does It Consist Of? Find Out...

What is a tubal ligation? Well, it is a definitive contraceptive method that takes place through surgery. Learn everything you need to know about it!

What is a tubal ligation?

Tubal ligation is a surgical act that consists of closing the transit of the woman’s fallopian tubes. Doctors also call it salpingoclasia.

It is a contraceptive method, since without transit in the fallopian tubes, the sperm cannot get to fertilize the ovum. However, remember that menstrual cycles are not affected by surgery, but only the passage of sperm to the ovarian area.

Unlike other methods, tubal ligation is permanent. Although there are recanalization methods to reverse the surgery, they are not common and involve a new surgical act. Therefore, it must be classified as a permanent contraceptive method.

The effectiveness of tubal ligation is very high. After the first year of surgery, estimations are that less than one woman in every hundred becomes pregnant. And at ten years of age, the pregnancy rate is 1.8%, that is, very low.

What does it consist of?

As it is a surgical act, pre-surgical examinations are a must before specifying it. The doctor will evaluate the patient’s blood and heart status to see if she is suitable for anesthesia and the procedure.

Obviously, doctors use anesthesia, which can be of the general or regional type. Once the anesthesia has been taken, and the woman is without sensitivity in the area where the surgery will be performed, the specialist will begin to operate. Currently, the most widely used technique is video laparoscopy.

The specialist makes small incisions in the abdomen, where they insert the surgical instruments. A chamber to guide movements, some gas to expand the organs, and, with small forceps and scissors, the doctor works the fallopian tubes.

The fallopian tubes can be cauterized or burned to cause closure. They can also be sealed with the placement of a hook or tightened through a special ring designed for this purpose.

After the procedure, the recovery is quite fast. Usually the woman is discharged on the same day that she was operated on and can return to her house to do some rest there, without having to stay in the hospital or clinic.

When can a doctor perform tubal ligation?

You can have tubal ligation surgery almost at any time, if there are no other accompanying pathologies and if the woman is not pregnant. It mainly depends on the decision of the person who will undergo the procedure.

For medicine there are three great moments during which it is preferable to perform it:

This period includes any time the woman is not pregnant or has not recently given birth. It can be a patient with children or without children. The doctor will suggest that the woman schedule the surgery for the first days of a menstrual cycle.

Doctors plan it in this way because in that first week after menstruation the tissues have less blood flow and it is more comfortable for the specialist to work.

When the pregnant woman has decided to have a tubal ligation, it is possible to schedule a cesarean section that includes the procedure. Taking advantage of the fact that the procedure happens in the operating room and the doctor uses anesthesia, the specialist can dedicate extra time to close the fallopian tubes.

When the pregnant woman decides that she wants a tubal ligation later, and she will deliver naturally vaginally, then the doctor will schedule surgery for the first 48 hours after delivery. The advantage is that the woman is already in the clinic or hospital.

After discharge from a tubal ligation, an intermediate rest is necessary. You will not be able to make great efforts or too sudden movements. It is not about complete rest either.

Upon returning home, the woman receives indications of signs or symptoms that she should be aware of. If fever appears, difficulty in passing stool, very severe pain in the abdomen, intense and odorous vaginal discharge, or pus in the surgical wound, then she needs to consult with a doctor immediately.

Sexual intercourse is not allowed during the first week after tubal ligation. And you should remember that, although it is a contraceptive method, it does not protect against sexually transmitted infections. It is very important to keep that in mind.

In the long term, it is not a procedure that generates changes in women. It is an established myth to think that after tubal ligation women gain weight or feel less pleasure with sexual intercourse. There are no scientific studies that strongly support these statements.

So, if you want to have a tubal ligation because you understand that it is the right contraceptive method for your situation, you should consult a specialist. Gynecologists will know how to inform you and remove your doubts.

Should you do it?

There’s no right or wrong answer whether you need it or not. When you do, you’ll know it. Say, for instance, you’ve had enough kids. Now, you just want to enjoy sex without worrying about an unwanted pregnancy. Why not go through the procedure? It is safe and actually convenient.

Sure, some women claim they’d feel like they’d lost their femininity. However, that’s all in their heads. Other than the psychological reason, there should be no obstacles for you to do it. If you know that you’ll be doing it for your own good, have no more doubts. But if you feel like you need support or guidance, talk to your physician. Or, talk with women who had already done it. You’d be surprised by the amazing stories they’ll share.

Don’t forget to SHARE what is a tubal ligation with your friends and family on your social networks! 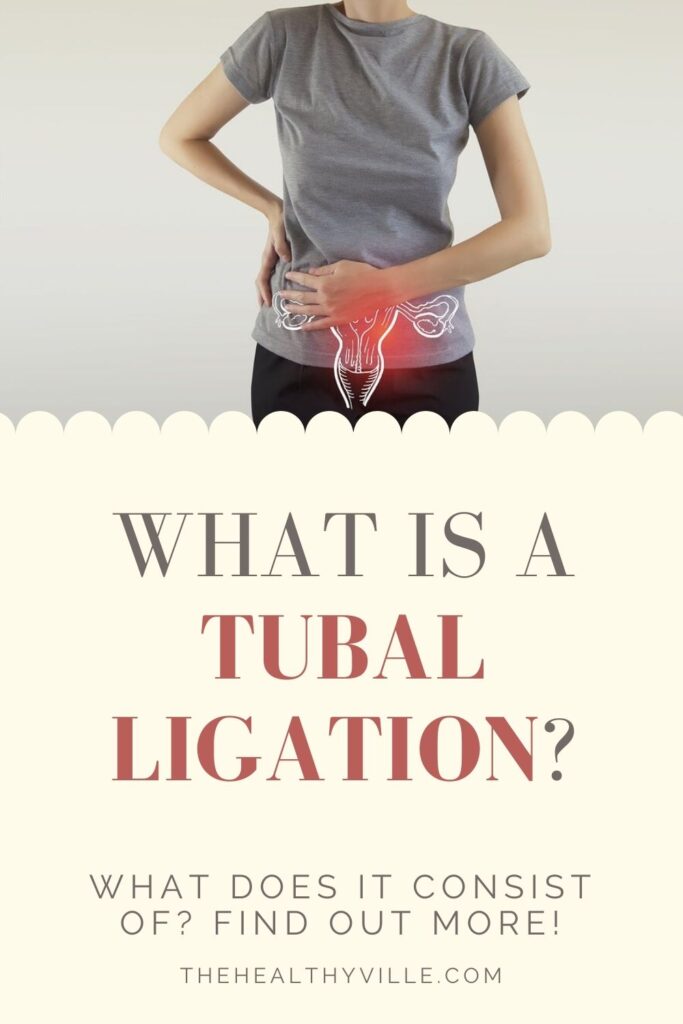