Home Health What Is Multiple System Atrophy and How to Live with It?

What is multiple system atrophy? Is it a serious disease? Can you live a normal life with it? Find out all the answers!

Multiple system atrophy is a rare neurodegenerative disorder. The symptoms that characterize this disorder in the initial stage are similar to Parkinson’s disease.

Multiple system atrophy is a rare, neurodegenerative disorder in which the autonomic nervous system and movement are affected.

Characteristic symptoms of this disorder include fainting spells and problems with heart rate and bladder control. In the initial stage, they are similar to Parkinson’s disease.

Multiple system atrophy has a rapid evolution. The patient, over time, will be dependent on a wheelchair. He will suffer, among other degenerative processes, intermittent urinary catheterization and executive dysfunction.

What is multiple system atrophy?

Currently, there is no known cause for multiple system atrophy. Although professionals in the field have studied whether it is due to a certain hereditary component or an environmental toxin that is related to the disease.

In neither case is there evidence to strongly support the theories. The disease causes atrophy of certain parts of the brain. Specifically, the cerebellum, the basal nuclei and the brain stem, responsible for regulating internal body functions, digestion and motor control.

Behind the loss of cognitive and motor functions is a degenerative process of the neurons.

The most characteristic symptoms, among many others, are the following:

The development of multiple system atrophy can vary but the disease will never go into remission. As this process progresses, daily activities are difficult for the patient to perform.

What is the treatment of the disorder?

There is no cure for multiple system atrophy. There are also no treatments to slow the progression of brain degeneration. On the contrary, there are studies that are evaluating medications that could delay the evolution of the disease.

Certain patients may have specific medications or treatments for these symptoms. For instance, patients can treat dizziness and fainting with solutions such as adding salt to the diet and avoiding heavy meals and alcohol.

Due to the degenerative changes that are appearing, therapy and family support will be a key pillar in their development.

Multiple system atrophy is estimated to affect fewer than 5 people in 100,000.

The patient usually feels urgent and wants to live his time since he is aware of the disease. Meanwhile, he personally experiences how the degenerative process advances. This can produce impotence, depression and episodes of crisis in the person.

It will be really important for the patient to go to therapy, which will be of great help to be able to cope with the disease as well as possible. Likewise, the support of family and close people will also be essential.

Patients with multiple system atrophy generally live 7 to 10 years after the first symptoms appear. However, this index may vary. Sometimes people can live with the disease for more than 15 years.

Death, at the end of the disease, is generally due to respiratory problems due to the inability of the nervous system to carry out its own regulation.

Don’t forget to SHARE what is multiple system atrophy and how to live with it with your friends and family on your social networks! 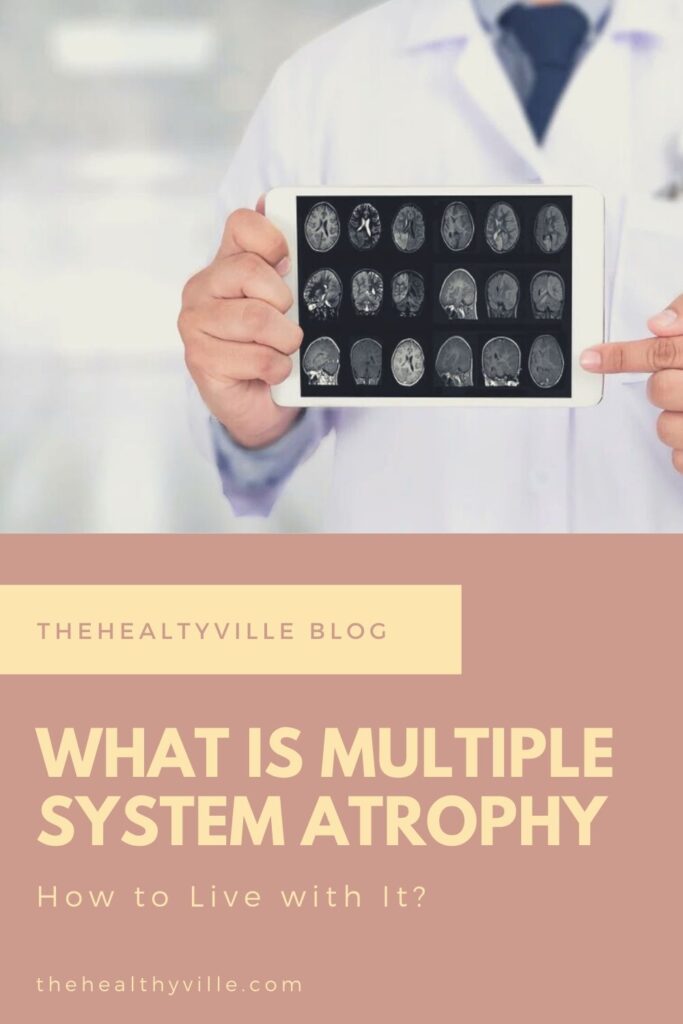