Home Health What Is Polycystic Kidney Disease? – Symptoms and Treatment

What is polycystic kidney disease? How to discover whether you have it? Is it curable? Learn all the answers!

Polycystic kidney disease is an inherited disease with 2 variants: autosomal dominant and recessive. Depending on your inheritance pattern, symptoms and prognosis vary greatly.

Polycystic kidney disease is an inherited disorder in which groups of cysts develop within the kidneys. It is the most common genetic threat, affecting more than 12.5 million patients worldwide. According to information from the National Center for Biotechnology Information, its global prevalence is 10 per 10,000.

In particular, this genetic defect leads to the massive formation of cysts in the kidneys, which translates into a reduction in blood flow to these organs and a healing process, as well as possible bleeding and infections. Do you want to know more about it? Keep reading!

What is polycystic kidney disease?

First of all, it is necessary to emphasize that this disease is the product of a hereditary genetic defect. It occurs in humans and other animals, and it characterizes by the appearance of cysts in both kidneys. Studies estimate that there is one carrier of the disease gene for every 800 individuals in the world.

Frequently, the gene involved is PKHD1 (6p12.2-3), encoding the protein fibrocystin, a structural biomolecule of great importance for the maintenance of organs such as the liver and kidneys. Mutations have also been discovered in the DZIP1L (3q22.3) gene, related to ciliary structures.

Estimations are that 85% of patients have mutations in the PKHD1 gene, but there are other rarer variants, with abnormalities in the PKHD2 and PKHD3 segments.

What are the causes?

The cause is the mutation in specific genes, which children inherit from their parents. As the American Kidney Fund shows, there are two variants of the disease. These are:

Autosomal dominant: in this variant, the clinical signs of the disease begin to develop from 30-40 years of age. From the age of 60, they begin to be more serious. Only one of the two parents needs to have the disease to be able to transmit it to their children, with a probability of 50%.

Autosomal recessive – a much more rare, severe, and lethal form. The signs usually appear shortly after birth, and both parents have to be carriers in order to transmit the disease to their children. Although this is the case, the probability of inheritance in the offspring is 25%.

As the kidneys are affected, most of the symptoms will appear in the back area and urine. However, according to the MSD manual, approximately 1/3 of patients with dominant polycystic kidney disease also show cysts in the liver, although these do not affect liver function.

As we have said, in the dominant form the signs appear after the third decade of life and worsen over time. Among them, we find the following:

The recessive form appears in childhood, and it is quite aggressive, as the liver and lungs during fetal development are affected, among other structures.

In fact, a newborn child usually dies within a few days of birth if born with a severe form of polycystic disease.

Up to 80% of dominant cases can be diagnosed by imaging methods before the age of 20. By means of ultrasounds, MRIs and CT scans, images of the kidneys can be observed, which show the presence of cysts.

High blood pressure, liver enlargement, kidney masses, and abdominal tenderness to touch are also signs to look for. In other cases, the patient may need to do blood counts, liver tests, and urinalysis to complete the diagnosis 100%.

According to information from the Mayo Clinic, the severity of polycystic kidney disease depends entirely on each patient, as it varies even among members of the same family. In many cases, the terminal stage is reached at 55-65 years of age, but on other occasions the variant is mild and the serious stages are not reached.

Different patients get different treatments depending on the type. Among them, we find the following:

As obvious as it may seem, lifestyle can also help delay the terminal phase of PKD. Avoiding being overweight or obese, giving up alcohol, maintaining a healthy diet and not smoking will greatly facilitate the work of the kidneys, which already have reduced functionality due to the disease.

The recessive type tends to be more aggressive and in most cases deadly. If there is respiratory distress in the infant due to pulmonary involvement, the mortality rate can rise up to 40% of patients at birth. 50% of surviving babies will develop a terminal variant in their first decade of life.

On the other hand, dominant polycystic disease usually progresses to a terminal phase at approximately 65 years of age. Everything depends on the severity of the condition and previous prevention.

Unfortunately, you cannot cure polycystic kidney disease. The approach consists of alleviating the symptoms and avoiding the degradation of the kidneys as much as possible, although this will surely come sooner or later. Hopefully, with current research, more effective long-term approaches will be found.

Don’t forget to SHARE what is polycystic kidney disease with your friends and family on your social networks! 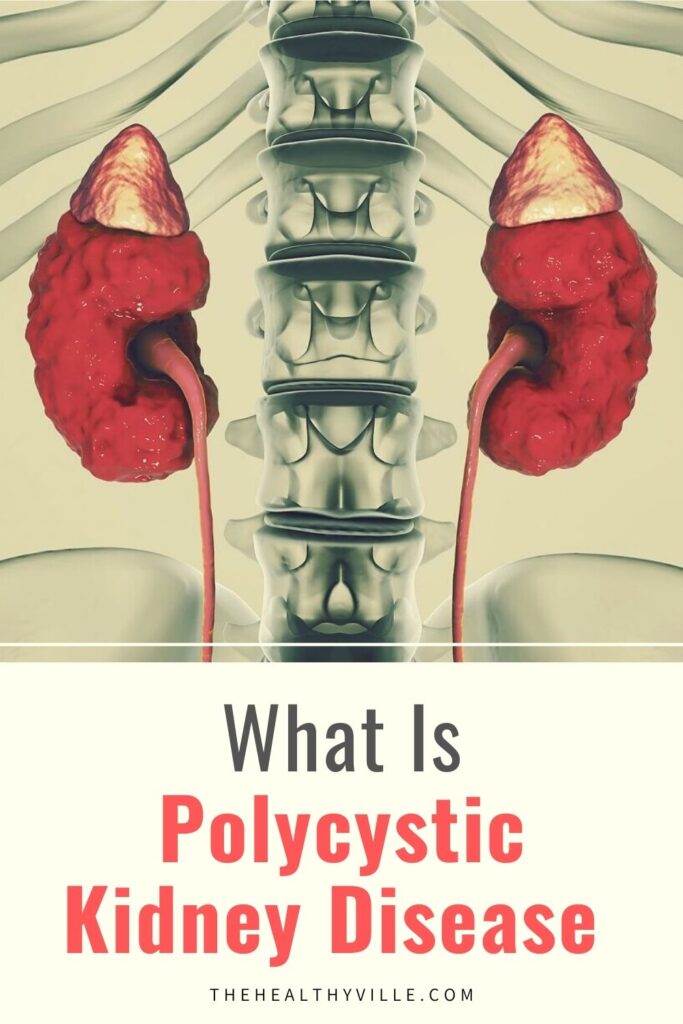