Home Health What Is Protozoa and Which Dangerous Diseases Can It Cause?

What is protozoa? Which types of diseases can it cause? What should you know about it and how to be more careful? Find out all the answers.

Symptoms such as fever, malaise, severe skin rashes, and even tachycardias are signs of diseases due to protozoa. Potrozoan pathologies occur, above all, due to consumption of contaminated water or invertebrate bites that have these microorganisms in their bodies.

These zoonotic-type diseases have been collected in various scientific studies. Do you know what a protozoan is? Understanding the epidemiological dynamics of pathogens is essential to knowing how to avoid them. Therefore, here we tell you more about it.

Protozoa are heterotrophic microorganisms, that is, they feed on organic matter. They live in humid environments, either in completely aquatic environments or superficial films of water on land.

According to sources such as Clinical Microbiology Reviews, the kingdom of protozoa is made up of 18 different phyla that comprise around 30,000 species. They belong into four groups:

Their size varies from 10 to 50 micrometers, and they move through the use of appendages called flagella by liquid media. Studies cite that many species are free-living, while others have specialized in parasitizing humans and other vertebrates (wild or of agricultural interest).

Protozoan diseases are more of a problem in low-income countries. These can occur in all population groups, regardless of sex or age, but are more prevalent in young children.

For example, in this study, in a region of Circasia, of 79 children sampled, up to 22% presented the protozoan parasite Giardia lamblia in their gastrointestinal tract. This value is very high if you take into account the sample size of the investigation.

Other statistical surveys further support the vulnerability of infants to these gastrointestinal protozoa. For example, in this study carried out in Valdivia (Chile) it was observed that, of 219 infant fecal samples, 34% of them contained the pathogen Entamoeba coli.

These data correlate the lack of sanitation and fecal contamination of water for public consumption with this high prevalence of pathogenic protozoa. Here is a list of the most common protozoal diseases.

Caused by the species Toxoplasma gondii, an obligate intracellular parasite. This protozoan can be asymptomatic in the host human being, but the problem comes when it is transmitted to the fetus of a pregnant woman.

In many cases, the infected fetus can die from the infection, but in healthy people the probability of not presenting symptoms is 80%.

According to the Global Water Pathogen Project (GWPP), in South America most infections occur from contaminated water, while in high-income countries the most common method of contagion is through contact with felines not treated by veterinarians.

It is a diarrheal disease due to a protozoan, Giardia lamblia. This disease lives in the small intestine of the person who has it, and transmits through the feces of a sick animal or human being.

It is a cosmopolitan parasite (it occurs in all regions of the world), and it especially affects children, who can suffer severe malnutrition if they do not receive treatment. Symptoms include abdominal pain, bloating, and profuse diarrhea.

African human trypanosomiasis or sleeping sickness is a pathology due to protozoa of the genus Trypanosoma. According to the World Health Organization (WHO), estimations are that its fatality rate in 100% in patients without treatment.

The infection is due to the bite of a tsetse fly that contains the pathogen; It presents with symptoms that include skin ulcers in the first instance, followed by fevers, headaches, anemia, weakness of the circulatory system and weight loss.

Malaria is a pathology due to the protozoan parasite of the genus Plasmodium. This pathogen is in the crosshairs of many NGOs, since in West Africa estimations are that more than 2 million people die each year from this disease. Of this number, 75% are children.

The main transmitting vectors of this parasite are mosquitoes of the genus Anopheles, which harbor the protozoan in their body and pass it into the human bloodstream with the bite. Symptoms vary widely, from fever and chills to nausea, vomiting, and coughing up blood.

What to remember about diseases caused by protozoa?

Protozoa are microorganisms that, although they occur in a general way in all environments, are especially prevalent in warm places with low income and little sanitary control.

Furthermore, many of the aforementioned pathologies occur in tropical or very hot countries. That’s because invertebrates, such as mosquitoes and flies, are the main transmission vectors.

Although there are specific medications for each of the named pathologies, good prevention can save a very annoying clinical picture. For this, not consuming non-potable water or food without sanitary control will be essential.

Don’t forget to SHARE what is protozoa with your friends and family on your social networks! 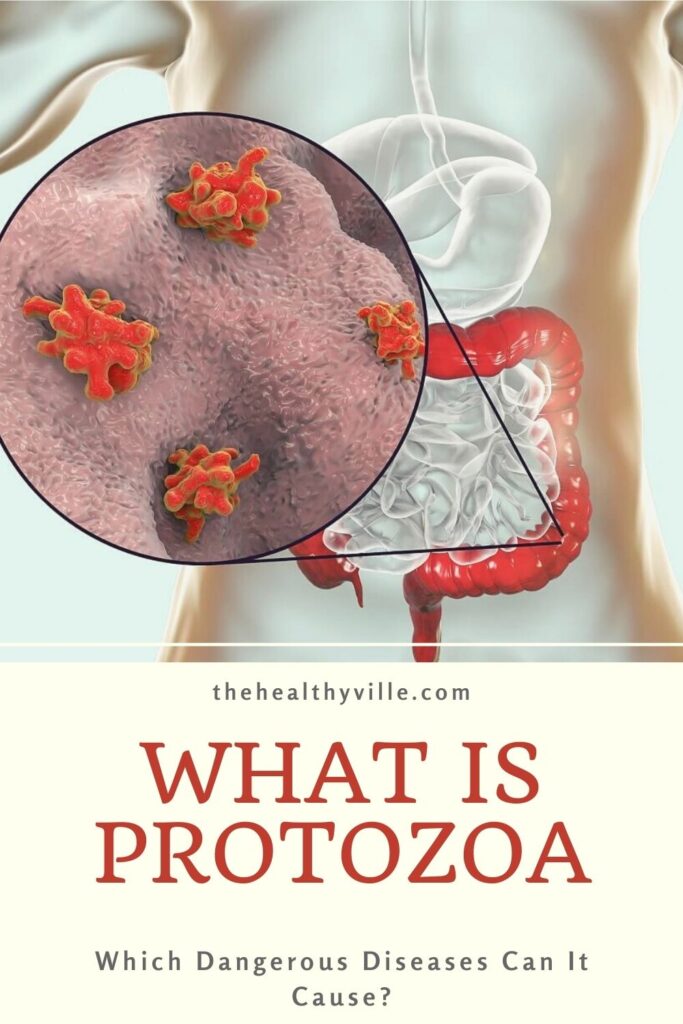