Home Health What Is the Purpose of the Lymphatic System in the Human Body?

What is the purpose of the lymphatic system and why is it important that you keep an eye on it? Make sure you read all about it, as it can be very useful.

The function of the lymphatic system is unknown by many. Moreover, it turns out that many people do not even know that we have this type of circulation in the body. Find out what it is.

Most know the existence of the circulatory system, but few know the function of the lymphatic system in the body. Despite the ignorance, lymph plays a fundamental role in the human body, and is another type of circulation, connected to the blood, without which we could not live.

The lymphatic system transports lymph from the tissues into the blood, unidirectionally. That is, it has only one route, in only one direction, and that does not return on itself.

Lymph is a fluid that is produced in the middle of the tissues, after blood filtration. We could say that the beginning of lymph is the interstitial fluid, and that this fluid comes from the blood that seeps from the arteries and soaks the body cells.

As it is a filtrate, lymph would continue to accumulate in the tissues while there was blood circulation. To avoid this stagnation, the function of the lymphatic system is to drain it between the cells so that it returns to the blood circulatory system.

What are the parts of the lymphatic system?

The lymphatic system fulfills its function in the organism through its different components. The lymphatic vessels and the ganglia are the ones that drive and drive the lymph in its path. Let’s look carefully at each one.

As we have already said, lymph is a liquid that comes from blood filtering. It is found in the middle of the tissues as an interstitial fluid and is mainly composed of proteins, salts and white blood cells. It is colorless, unlike blood.

To move in the lymphatic system, lymph uses the strength of the muscles. There is no pump that drives circulation, as does the heart with the blood. Through the usual muscle movement – when walking, exercising, performing everyday tasks – the muscle fibers force the lymph to come and go. For this reason, it is a much slower circulation than blood.

Since the blood vessels – arteries and veins – are components of the circulatory system, the lymphatic vessels are for the conduction of lymph. Its wall is similar to the wall of the veins, and it also has valves that try to stop the recoil of the lymph when it is rising.

The lymphatic vessels that enter into the tissues are small, to the point of tuning as capillaries. In this way, they can take the interstitial fluid and conduct it later. From the capillaries, these vessels increase in size until the two main ducts are formed:

Both ducts lead to blood circulation, precisely in the venous system. The receiving veins are the superior cava and the left subclavian.

The lymph nodes are the best known components of the lymphatic system. Although their function is not clear in the general population, it is public knowledge that their increase in size means an alert.

A lymph node is a nodule of the lymphatic system that is less than one centimeter in normal conditions. In general, they are grouped, with several ganglia near and near each other.

They are responsible for filtering the lymph that crosses them and producing defense cells such as white blood cells. Both external microorganisms and defective cells should be filtered by the ganglia so that they do not continue their pathogenic path. In those cases, when they detect something abnormal, they increase in size.

What is the purpose of the lymphatic system?

In short, we would say that there are three functions of the lymphatic system:

Circulatory: the lymphatic vessels collect lymph from the tissues to dump it into the circulatory system. Through muscle movement, they propel the fluid throughout the body so that it moves and does not stagnate. In addition, it has valves in its path to ensure the unidirectionality of the lymph, which cannot return backwards in its path.

Filtration: the lymphatic system has a filter function. Some substances are large or molecularly heavy for the circulatory system. In those cases the lymphatic vessels intervene, transporting what cannot be done through the blood.

Immunological: lymph nodes are combat stations for infections. Being able to produce white blood cells, these small organs are activated if they detect a compound outside the body that is potentially pathogenic. They also play a fundamental role in the internal detection of cancer. The lymph nodes are able to recognize mutated cells that would cause tumors, and have the ability to eliminate them.

As you can see, the function of the lymphatic system is vital. If it did not exist, the circulatory system could not function as it does, we would accumulate fluid in the tissues, and we would be much more prone to infections.

Don’t forget to SHARE what is the purpose of the lymphatic system with your friends and family on your social networks! 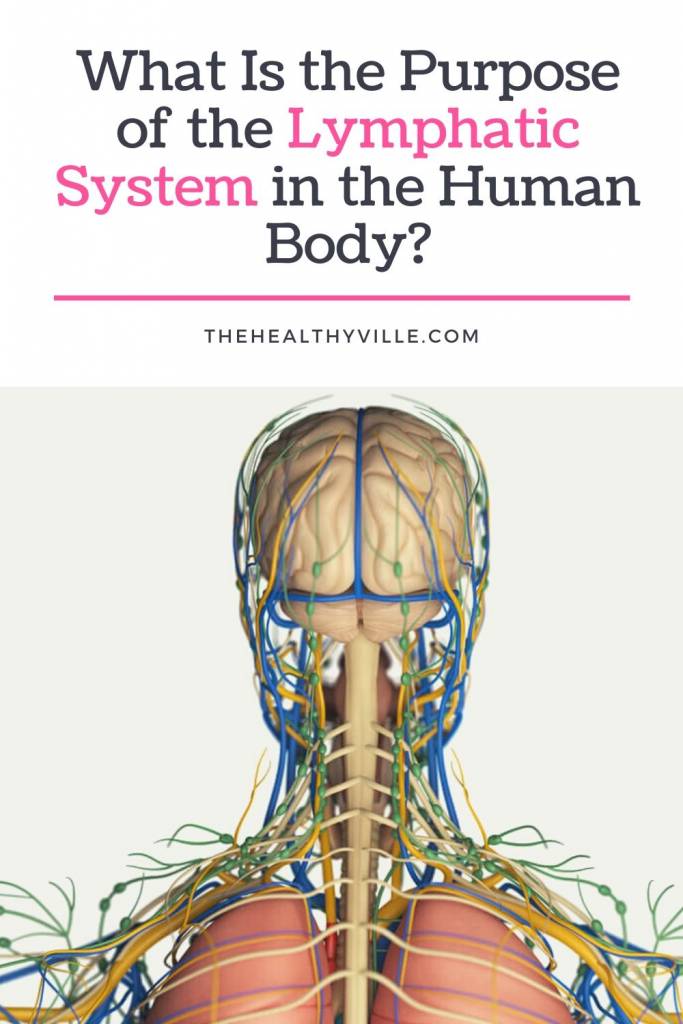