Home Health What to Do For a Herniated Disc?

Learn what to do for a herniated disc and ease your pain in the fastest and best way possible. These techniques really help.

Not every disc herniation should undergo surgery. In most cases you can go to natural treatments. These serve both to decrease symptoms, especially pain, and to help the body reabsorb the tissue of the hernia and heal it.

Disc herniation is a very common health problem today. So much so that, according to medical estimates, 1 in every 100 adults in the world suffers from this condition. Likewise, it is believed that at least 50% of people suffer or suffer from a problem in their backs throughout their lives.

It is known that the herniated disc is more frequent at the cervical or lumbar level, that is, in the neck or lower back. This is because these are the areas with the greatest mobility in the spine. However, a hernia can appear in any segment of it.

Not all persistent back pain corresponds to a herniated disc. Also, not all herniated discs cause pain. It is believed that about 30% of the population could have one of these hernias, without any symptoms manifesting.

When the disc loses resistance, due to age or trauma, the fibrous ring may rupture and a herniated disc is formed.

The spine is made up of several bones called vertebrae. Adults have 26 vertebrae in total. Each vertebra is separated from the next and the previous one by means of structures called intervertebral discs. There are only no discs in the sacrum and coccyx area.

The discs form by a pulpy tissue. Its main function is to cushion the impact between the vertebrae, during movement. These have a high water content, which begins to diminish over the years.

These discs have a fibrous ring that surrounds them. When the disc loses resistance, due to age or trauma, the fibrous ring may break. That is when the herniated disc forms, which is usually painful and even disabling. Many times it is corrected through surgery, but it can also be treated by going to alternative solutions. But it is best to consult with professionals, needless to say. So, what to do for a herniated disc really?

What to do for a herniated disc?

Nutrition as a means to treat herniated disc

One of the measures both to prevent and to treat it is to follow a proper diet. It is very important, especially if you have this problem, to drink enough water daily. As an adult with this problem, you should consume at least two liters a day. This protects the intervertebral discs and reduces inflammation if there is a herniated disc.

The diet alone does not correct a herniated disc, but it does contribute decisively in the treatment. Combined with other actions usually give good results. It is advisable to have a diet based on fruits, vegetables, whole grains and all kinds of antioxidant foods.

Likewise, acidifying or inflammatory elements should be avoided. Some of these are red meat, sugar, all foods that contain preservatives or dyes, those that contain gluten and the so-called “junk food”, among others.

Both physiotherapy and chiropractic can help the rehabilitation of a herniated disc. However, a professional must perform them.

Physiotherapy is one of the most used resources to treat disc conditions. Usually, the health professional indicates an exercise routine that should be followed scrupulously. It is also very efficient that you use measures such as application of cold, heat, or both.

One of the most effective treatments for herniated disc is chiropractic. Against this point it is important to emphasize that whoever carries out this type of intervention has to be someone with real training and experience. A bad chiropractic can not only be ineffective, but in some cases dangerous.

A good chiropractor is able to correct a herniated disc, either cervical or lumbar. The goal of this treatment is that the vertebra reabsorbs the tissue and the hernia heals completely. In the early stages, it is also a very effective measure against pain.

There are some medicinal plants that you can take as an infusion that help treat the symptoms of a herniated disc. In particular, they reduce inflammation and pain. One of the most effective is the infusion of thyme, oregano and horsetail. Together they have an anti-inflammatory effect that is beneficial for this condition.

You just have to take a bowl and add half a liter of water.

Then, pour there a teaspoon of thyme, one of oregano and one of horsetail.

Bring to medium heat and simmer for five minutes.

Then, stand for 10 minutes and strain.

You should drink three cups a day, before each meal.

You can also prepare an infusion of thyme and rosemary, in the same way. Other plants that serve the same purpose are white willow bark and harpagofito root. Remember that none of these measures replace the medical consultation.

Don’t forget to SHARE what to do for a herniated disc with your friends and family on your social netwroks! 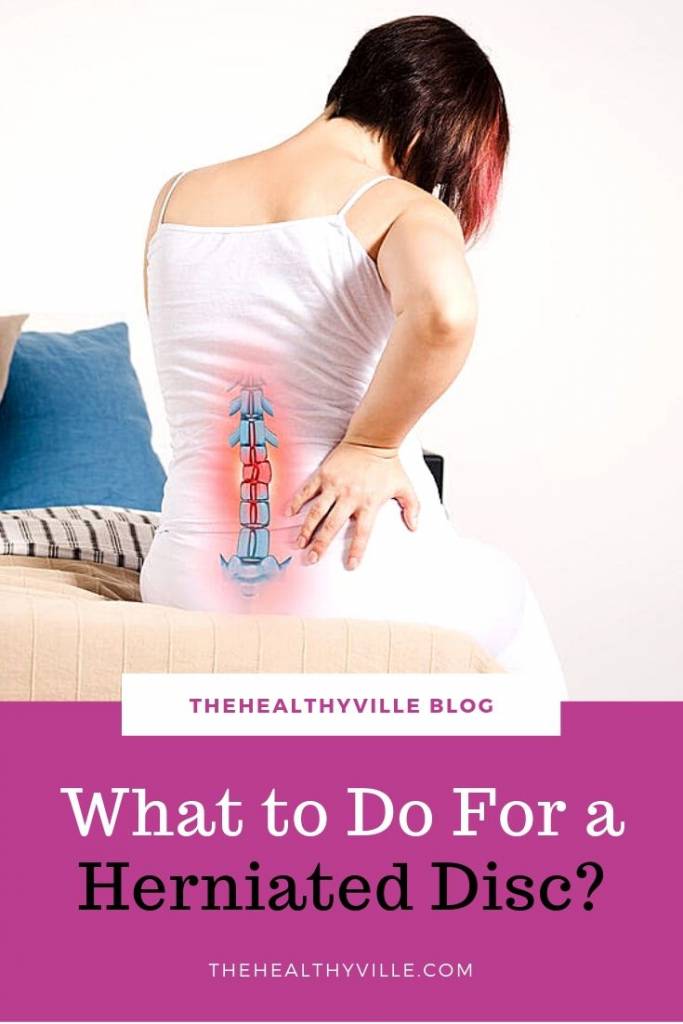