Home Health What Triggers Eczema? Does Stress Have Anything to Do with It?

Do you know what triggers eczema? Is it possible that stress has to do something with it? How to know for sure you have eczema? Learn all the answers.

Science has not been able to fully explain the relationship between eczema and stress. However, it is known that such a relationship exists and there are also some hypotheses and lines of explanation that can open the way for a thorough understanding of the phenomenon.

Eczema and stress make up a problematic binomial for anyone. They are two health conditions that usually go hand in hand and that feed each other. It is undoubtedly a very annoying combination for which there is no easy solution.

The skin is the most extensive organ of the body and one of the most easily reflects the states of the mind. This is because the skin is directly related to the nervous system through sensitive terminals that send information to the brain and vice versa.

At the same time, stress causes a series of substances to be released, ending up affecting the skin. Thus, several anomalies originate, among which is eczema. As you can see, the relationship between eczema and stress is direct and very close.

What is it and what triggers eczema?

Eczema appears when the skin’s outer protective barrier has suffered some damage. That is when the inflammation arises; the skin looks red and has itching in the affected area. Most often it appears on the arms, knees, groin and face.

In 85% of cases, the first episode of eczema occurs before the age of five. Likewise, it is estimated that up to 20% of children and between 1 and 2% of adults have suffered one of these episodes at some time in their life. There are cases in which eczema becomes a chronic and recurrent disorder.

There are several mechanisms by which stress influences the skin. Everything originates from the fact that stress modifies the functioning of the immune system. This leads to the occurrence of two effects: on the one hand, the defenses reduce; on the other, the skin is inflames.

Likewise, under stress conditions there is a greater production of adrenaline and corticosteroids, which act on the receptors of the skin and cause changes in it. On the other hand, all inflammatory diseases tend to worsen with stress.

A study carried out by the Spanish Society of Allergy and Clinical Immunology (SEAIC) has indicated that at least 50% of people who have atopic dermatitis also suffer from episodes of depression and anxiety. They also noted that in recent years there have been increased cases of eczema associated with stress.

Relationship between eczema and stress

Stress affects the skin in many ways. It causes disorders ranging from urticaria to atopic dermatitis, through acne, psoriasis, seborrheic dermatitis and rosacea. Currently we know that there is a relationship between eczema and stress, but we don’t really know how they relate really.

As already noted, there is a very direct connection between the nervous system and the skin. Additionally, eczema and stress manage to form a vicious circle from which it is very difficult to escape. The presence of the disorder increases the level of stress, especially in social situations.

At the same time, increasing the level of stress can lead to an increase in eczema. All this together causes an important dose of suffering and generates feelings of frustration, insecurity and hopelessness. This increases by the fact that there is no definitive treatment for eczema.

Stress eczema indicates that a person is under great pressure and demands that he cannot manage. It is an alert signal you should not ignore. It means that there is a problem that has not been solved and overflows the tools we have.

While there is no specific treatment for stress eczema, beyond hydrating the affected areas, the solution is to address its cause, that is, the stress itself. The most recommended in these cases is to introduce some changes in the style of lifetime.

Regular practice of physical exercise is usually very effective in managing stress. Likewise, activities such as yoga or meditation practices are a great solution. It is convenient to consult with a psychologist, who can train us in handling stressful situations.

Don’t forget to SHARE what triggers eczema with your friends and family on your social networks! 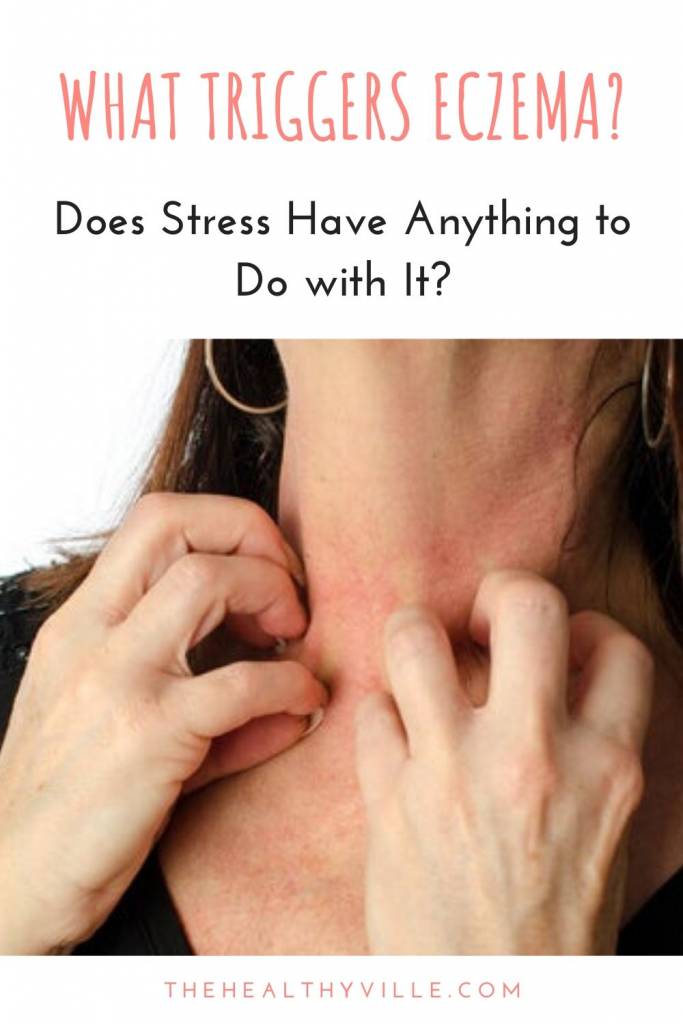 What Is the Purpose of the Lymphatic System in the Human Body?