The 3 layers meninges act as a physical filter, absorbing shocks, but also as protection against chemical agents.

The meninges are a fundamental part of our central nervous system. They are a set of membranes that cover both the spinal cord and the brain, whose main function is to protect them from certain attacks.

The word meninge comes from the Greek, where mēninx means membrane. The central nervous system is one of the parts of the body that needs the most protection, since thanks to it we can carry out all our functions, such as breathing.

There are 3 layers of meninges: pia mater, arachnoid and dura. You’ll soon learn how they are distributed, their main characteristics and functions. You’ll also learn about meningitis and why it is such a dangerous pathology.

What are the meninges?

As we have mentioned, the central nervous system requires different protection mechanisms to ensure our life. First, it is protected by bony structures, such as the skull and the spinal column.

But, in addition, it consists of a series of membranes that protect it above all from chemical attacks or infections: the meninges. They are 3 layers of meninges that are separated from each other by spaces that also contain important structures.

If we start with the outermost part, in contact with the skull, we find the dura. It is attached to the bone and emits a kind of partition that divides the cranial cavity into parts. In this way, it keeps the different parts of the brain in place. It also contains venous sinuses.

The arachnoid is the next meninge, located in the middle of both. It is so named because it resembles a spider web. It is the most delicate and fragile layer. Below it is the subarachnoid space, which contains the cerebrospinal fluid.

The pia mater is the innermost of the meninges, located in contact with the brain and medulla. It covers the brain and enters through the grooves and convolutions, as if it were a thin sheet that covers it.

The spaces between the 3 layers of meninges

We have already mentioned the subarachnoid space, which is the one between the arachnoid and the pia mater. In it we find the cerebrospinal fluid. This fluid protects the central nervous system, cushioning shock and pressure changes within the skull.

Between the dura and the arachnoid we find the subdural space. On the dura we find the famous epidural space, which is known because certain anesthetic drugs are injected into it, for example, in pregnancy. This space is present in the medulla, but not in the brain.

What functions do the meninges have?

As we well know, the main function of the meninges is to protect the nervous system from injuries such as trauma. That is, they are in charge of cushioning the blows you may receive. However, they also act as a filter for chemical attacks.

In addition, the meninges allow cerebrospinal fluid to circulate through the system. This liquid, in addition to physical protection, helps to eliminate waste that occurs in the brain and also balances intracranial pressure.

The meninges thus form a system of support and protection. On the other hand, they inform the brain of certain changes in pressure, tension or pain that are produced by an injury.

What does meningitis consist of?

Meningitis is a pathology that occurs due to inflammation of the meninges. Most cases are caused by a viral infection, although it can also be caused by bacteria or a fungus. Even this can be caused by a carcinogenic process or other reasons.

The problem with meningitis is that, in many cases, this inflammation can cause brain damage. It is frequent that it leaves sequels such as deafness or alterations of other senses. In fact, it can be deadly.

What we must remember is that the meninges are basic structures of protection of the central nervous system. For this reason, it is very important that they remain healthy, since an injury can endanger the integrity of this system.

Don’t forget to SHARE all the info about the 3 layers of meninges with your friends and family on your social networks! 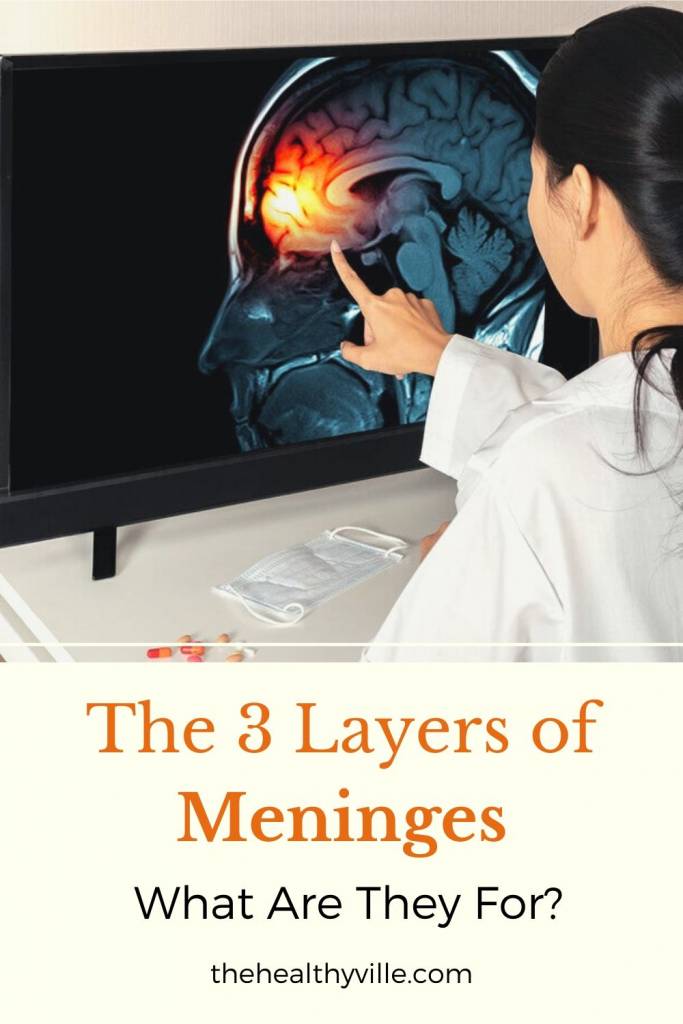