Home Health The First Symptoms and Beginning Stages of Dementia – Discover them!

The beginning stages of dementia appear without you being aware of them. Learn which the first symptoms are and make sure to recognize them on time!

Exercising daily, sleeping well, cultivating self-esteem, maintaining a balanced diet are habits that can bring multiple health benefits, including in regards to the prevention of dementia.

Many people ask what symptoms may be primary signs that trigger age-related neurodegenerative disease, and more specifically, dementia.

Dementia is a generic term to describe the symptoms that affect reasoning, memory and cognitive activity, as a result of natural deterioration with age.

Some signs may be significant, but they always require you to contrast with a specialist. Not all people have the same abilities and skills every day, and we must bear in mind that the emotional state has a great influence on this as well.

Therefore, it is necessary to distinguish between a sense of stunning, as a result of going through a period of stress, and nervousness, for example.

Although each case is different, we can name early symptoms of the beginning stages of dementia that are usually common:

Have less smell. Loss of smell (total or partial) is usually one of the early symptoms of dementia and specifically: Alzheimer’s and Parkinson’s.

Worst vision management. Visual information can become difficult, for example, when calculating distances or color differences. Also the reading ability worsens and it is more difficult to understand what is being read.

Memory failures can be early symptoms of dementia.

Problems expressing and writing. Difficulties are experienced to engage or participate in a conversation. They forget what they just said, they forget simple words and the grammar gets worse. They also make more grammar mistakes and punctuation marks. Writing becomes harder to read and understand.

Loss of objects. It is often frequent that they do not remember where they have placed routine and everyday objects (keys, TV remote control, purse, etc).

Difficulty performing household chores. Sometimes they lose the ability to make simple tasks such as making a cup of tea, turning on the television, operating the computer or getting home from a familiar relative.

Easy disorientation and loss of the notion of time. People with dementia are prone to disorienting in places they visit frequently and even forget the reason they are in that place. They also present difficulties when analyzing the passage of time. They forget important dates and sometimes find it difficult to distinguish the past and the future.

Changes in character and humor. People with early symptoms of dementia experience mood swings. Suddenly they may feel very anxious, angry, fearful or depressive in excess, and on the other hand, sometimes they may have inappropriate or uninhibited behavior in public.

Tendency to isolation. Since they tend to feel more fearful and vulnerable, they show no interest in socially relating or do not pay attention to what others say. Consequently, they can become more withdrawn and prone to isolation and melancholy.

Depressive symptoms are the prelude to Alzheimer’s.

Isolation is part of the early symptoms of dementia.

Neglect of personal hygiene. They present difficulties when making decisions and reduce their capacity for judgment and wisdom. For example, when shopping, they will have a tendency to buy useless, extravagant or excessive items. On the other hand, they can leave their personal cleanliness and decorum, which causes them to have several problems in the social sphere.

The brain does not age like the rest of the body. It does not have gray hair or wrinkles, but we do feel that with the progress of age some mental abilities slow down. For example, short-term memory (which allows us to remember phone numbers) suffers. That is not worrying, since it is part of a normal process. Now, we can improve this memory with training and alternative resources.

In order to keep the brain young we can rely on life habits as simple as:

Do moderate physical exercise, preferably aerobic and outdoors. In contact with nature, breathing well and doing oxygenation exercises with deep breaths. Oxygenation of the brain is essential.

Maintain an active social life. Some studies have shown that visiting friends twice a week reduces the risk of Alzheimer’s by 17%.

Sleep well. It is recommended between 7-9 hours. The nap is also very healthy, between 13-16 hours a minimum of 30 minutes and a maximum of 90 minutes.

Cultivate self-esteem. Social relationships begin with the relationship we establish with ourselves. Looking at each other with love, with admiration, with pride, pampering our body, taking care of our physical appearance and spending some time listening to our body can be a parameter that makes us feel younger.

Obviously, no two brains grow old in the same way. However, most of the life patterns already mentioned and that we have in our hands at all times can contribute to keep the brain young.

The value of early diagnosis

The detection of the beginning stages of dementia (before they become more acute) can help to establish more effective treatments to alleviate them. Therefore, visiting a specialist if they appear recurrently and get worse over time will help prevent increasing deterioration.

Don’t forget to SHARE the beginning stages of dementia with your friends and family on your social networks! 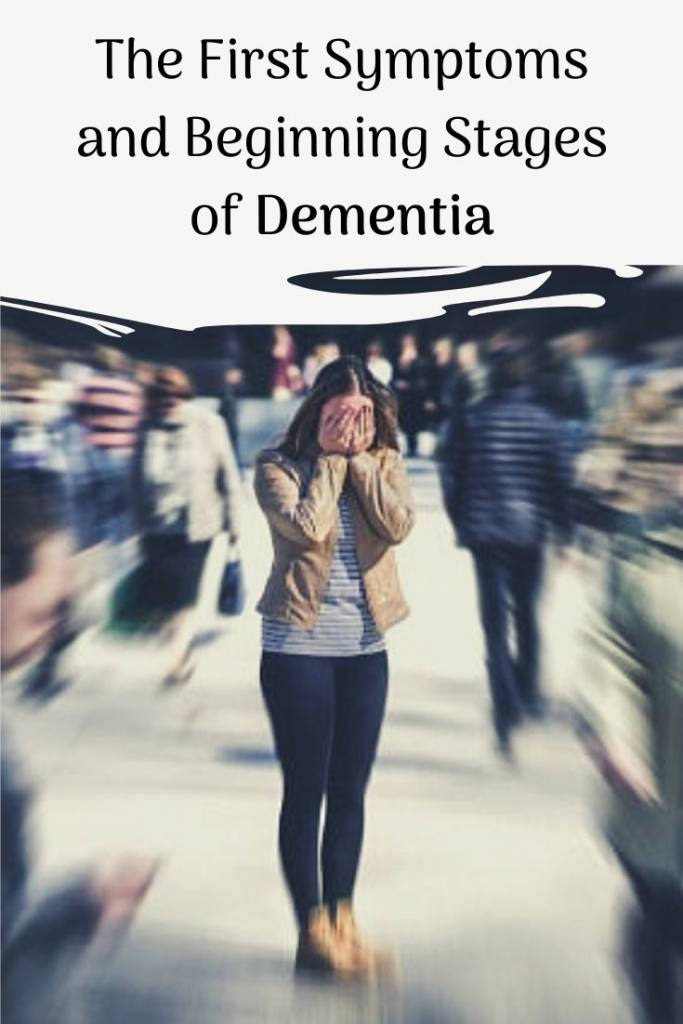