Home Health How Much Sleep Do You Need to Prevent Brain Diseases?

How much sleep do you need in order to prevent brain diseases? Can good sleep actually help you prevent diseases? A study finds out!

A new study on the importance of good sleep quality was published in the scientific journal Plos one, this February 19. According to the publication, there is evidence that adequate sleep can prevent brain diseases.

The study was based on data collected through online questionnaires, among volunteers between 40 and 65 years old who did not present any health problems associated with the subject.

In total, 4,500 people were followed for a year. Thus, it was established that good sleep quality is decisive in reducing the risk of suffering from neurological or neuropsychiatric diseases and that, in turn, these diseases affect normal sleep.

How much sleep do you need?

The scientists conducted the research on how much sleep do you need and its effects on brain diseases in 2017. 4,500 volunteers participated in it. Of these, 2,353 continued to provide data for a whole year. Among the latter, in the end 73 had new neurological and neuropsychiatric diseases

The scientific director of the research was Dr. Álvaro Pascual-Leone, who highlighted in the final report the importance of healthy lifestyles. Study results show that these are critical to maintaining good brain health. Low physical activity, for example, is a determining factor of sleep.

On the other hand, Dr. Gabriele Cattaneo, one of the authors of the study, pointed out that women who do not have a good quality of sleep have a higher risk of suffering from depression. There was a relationship between poor sleep quality and the presence of other diseases, such as hepatitis and hypertension.

The research from the Barcelona Brain Health Initiative (BBHI) project is not the first to talk about the relationship between good sleep quality and the prevention of brain diseases. In April 2019, the experts gathered at the XXVII Congress of the Spanish Sleep Society pointed out something similar.

The specialists debated the quality of rest and brain diseases. They indicated in their conclusions that in recent years there has been a lot of evidence that there could be a bidirectional relationship between sleep disorders and neurodegenerative diseases. Among these pathologies we have Parkinson’s and Alzheimer’s disease as the most common.

Likewise, they affirmed that in many cases sleep problems appear a few years before the first symptoms of different dementias appear. Therefore, this factor should be addressed as a red flag.

In turn, those with brain diseases deteriorate more quickly if they also suffer from sleep disorders. Dr. Sandra Giménez Badia, clinical neurophysiologist at the Hospital de la Santa Creu y Sant Pau in Barcelona, ​​contributed a devastating fact. Up to 70% of those who suffer from some type of dementia also have sleep problems.

The relationship with Alzheimer’s

The Pasqual Maragall Foundation, specialized in Alzheimer’s research, published a study in the journal Alzheimer’s Research and Therapy. It indicates that, after analyzing 1,638 people, those who had sleep disorders had a lower volume in brain regions such as the precuneus or the posterior cingulate cortex.

Those brain areas are important for memory and intellectual performance. They are also the areas where the first symptoms of deterioration appear, mainly in the initial stages of Alzheimer’s.

They also found changes in the white matter of the brain. And, stronger effects of insomnia in carriers of the APOE-ε4 genetic variant. This, in other words, means that there is a link between insomnia and Alzheimer’s risk. The details of it are not yet familiar, but the relationship is under study.

For all the above, if a person does not have good quality of sleep, they have exposure to various health problems. You should not take nsomnia, bad sleep, and all forms of inadequate rest lightly. All these are conditions that merit consulting the doctor for a detailed follow-up.

Don’t forget to SHARE how much sleep do you need to prevent brain diseases with your friends and family on your social networks! 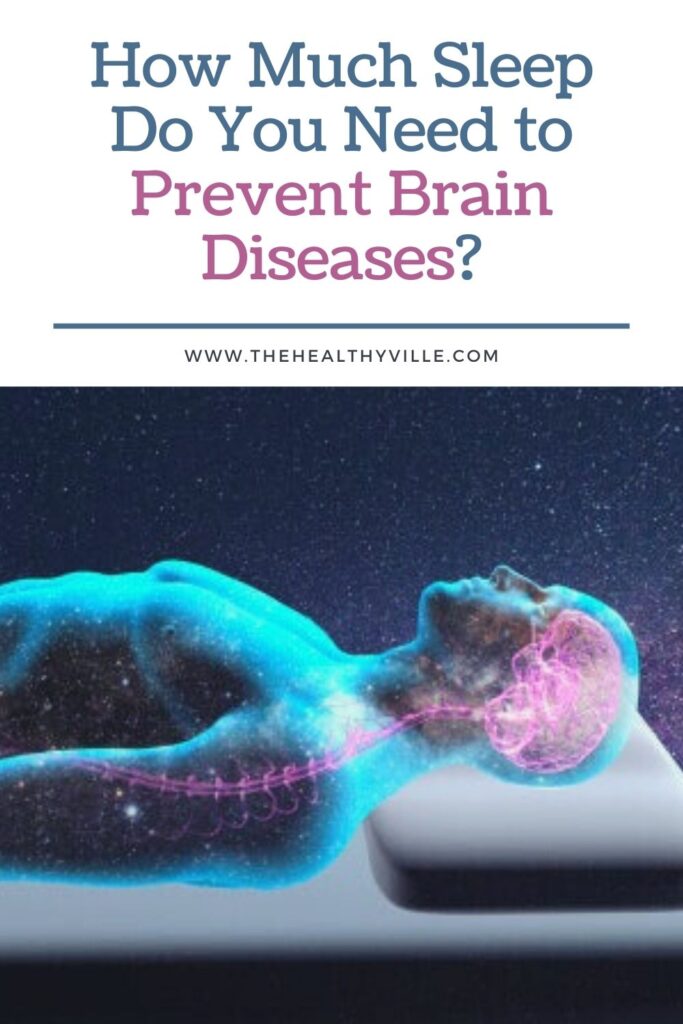 Signs to Take the Baby to the Doctor – Do Not Ignore Them!

What Causes Kidney Problems and How to Recognize the Signs?