Home Health How Do Medicines and The Inhaler for Asthma Work?

Antiasthmatics are the medicines, which together with the inhaler for asthma, are the means used to treat the disease. See how they actually work.

Asthma is a chronic respiratory disease, that is, subjects present it throughout their lives. In it, the bronchi become inflamed and reduce its diameter, decreasing the amount of air that reaches the lungs in each inspiration.

Also, the bronchi are the two main branches where the trachea divides within the respiratory system.

On the other hand, swelling occurs due to an abnormal allergic reaction to certain normal stimuli. This is because the bronchi become more sensitive or have hyperreactivity to the external environment. Therefore, faced with the cold, the performance of moderate physical exercise, tobacco smoke, etc. The bronchi “close” and prevent the patient from breathing normally.

Although we know the triggers of asthma attacks, the exact cause of the disease has not yet been identified. It also has a genetic component since it is more frequent in patients with a family history.

In addition, patients alternate periods without presenting symptoms with seasons with possible asthma attacks. Among the most frequent signs are coughing, wheezing or sounds when breathing and breathing difficulties (dyspnea) even at rest. Other common symptoms are the presence of mucosa, sneezing etc.

Once they identify the disease, the medical team will offer the patient the best treatment options. Also, within the treatment we can differentiate between two therapies:

Adaptation of lifestyle. It is based on adopting a series of simple guidelines to avoid asthma attacks and characteristic symptoms. For example, avoid environments that hinder the activities of the respiratory system.

Administration of antiasthmatic drugs to relieve the patient.

As a general rule, this medical term refers to a group of medications used to treat asthma disease. Likewise, they apply both in case of asthma crisis and as a way of prevention.

On the other hand, depending on their characteristics and their effects on the patient, we can differentiate different types of medicines. In any case, the medical team must inform the patient of possible side effects. The effectiveness and duration of the chosen treatment will also be reviewed.

What types of antiasthmatics are there and how do they work?

In this way, the types of antiasthmatics that are used most often are:

They are administered to reduce the possible inflammation of the mucosa in the bronchi. As a general rule, corticosteroids such as Fluticasone, Budesonide or Beclomethasone are used.

Chromones such as sodium cromoglycate or sodium nedrocromil can also be recommended. Currently, doctors prescribe the dose for the patient to administer orally or by inhaling. In any case, they are able to maintain the pathology without symptoms.

Further info: 12 Household Antibiotics You Weren’t Aware Of That Work As Well As Pills!

Bronchodilator is the name for the inhaler for asthma. Within this category we can also distinguish between:

This is usually the bronchodilator or the inhaler for asthma most recommended by the medical team. It acts on the muscle tone of the bronchi and relaxes the airways quickly and effectively. To do this, it blocks the action of a chemical compound, acetylcholine.

Methylxanthine is the inhaler for asthma also responsible for relaxing and expanding the bronchi, which is able to improve blood circulation in the area. In this way, the activity of the heart improves and the ventilation capacity recovers.

In this case, this group of chemical compounds decreases sensitivity to allergens. Therefore, it inhibits anaphylaxis or hyperreactivity towards cold, tobacco smoke, etc. of the bronchi. Thus, the symptoms that asthma shows can be controlled. Especially, tearing, sneezing, itchy eyes and other nasal signals.

Patients who have a strong allergy to a compound that triggers the symptoms use it. Generally, they take compounds or the allergen itself in minimal amounts. Later, the patient’s organism adapts regularly to the trigger and the effects of the asthma crisis are reduced. One of the most used substances is Omalizumab.

Antagonists of leukotriene receptors also act as anti-inflammatories within the affected airways. In this way, it controls the possible symptoms.

It is a brand new technique that scientists test today. It consists in the controlled application of heat in the hyperreactive zones to reduce inflammation in the presence of foreign agents.

Don’t forget to SHARE the types of inhaler for asthma and medicines you could use to treat the disease with your friends and family on your social networks! 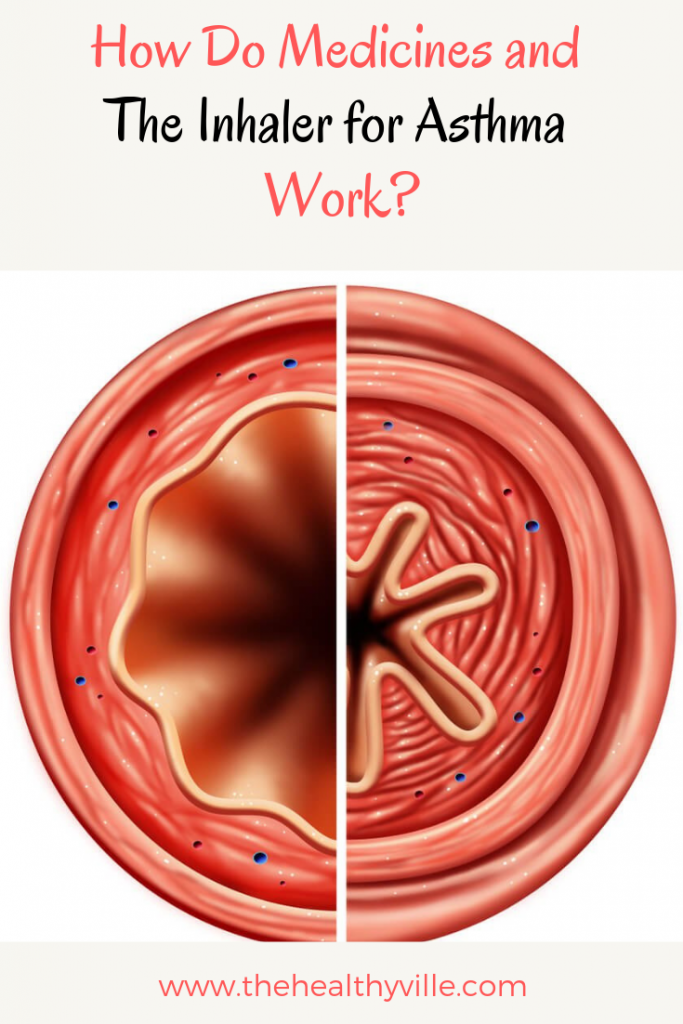