Neurofibromatosis symptoms can be noticed on time, so know them and their causes, to start treating it right away!

Neurofibromatosis is a disease characterized by the appearance of benign or malignant tumors that affect the central or peripheral nerves. Another of the manifestations that this disease usually causes are spots on the skin due to overpigmentation.

It is a genetic condition. It arises as a consequence of mutations in the genes that code for neurofibromin and merlin. Both molecules act as tumor suppressors by negatively regulating certain oncogenes.

Several types of neurofibromatosis exist. It is possible to differentiate them based on the mutation of the gene.

Also known as von Recklinghausen’s disease. This is the most common of all types of neurofibromatosis; it occurs in 1 in 3 000 people. It gives rise to neurological, cutaneous and even, sometimes, bone or soft tissue manifestations.

In this type, the mutated gene is the one that codes for neurofibromin – more than a thousand possible mutations have been identified, but not all of them give rise to a dysfunctional gene. It is an autosomal dominant disease; that is, the mutations take place on non-sex chromosomes and only the mutation in one of the two alleles is required.

This one is much less common than type I; it occurs in approximately 1 in 35,000 people. It gives rise to bilateral acoustic neuromas, which are tumors that appear on the nerves that connect the ear to the brain.

In this type of disease, the mutated gene is the one that codes for merlin – up to 200 possible mutations have been identified, but again, not all of them give rise to a dysfunctional gene. The vast majority of people with type II neurofibromatosis symptoms have inherited the defective gene from one of their parents.

Advances in the field of sequencing have made it possible to reveal the different genes involved.

Schwannomatosis happens due to the development of neuromas in the peripheral nerves that, in most cases, are truly painful. It is very similar to type II neurofibromatosis, but in this case the characteristic acoustic neuromas do not develop. Furthermore, the clinical picture differs from one type to another.

They are very common in type I neurofibromatosis. They can appear anywhere along the path of the peripheral nerves, which are those that connect the body’s organs and muscles with the central nervous system.

These tumors develop from nerve sheaths – myelin sheaths – a type of tissue that covers neuronal axons, protects them, and facilitates nerve impulse transmission. If we analyze them under the microscope, we can see that they are made up of a mixture of Schwann cells, fibroblasts, neural cells and mast cells.

There are different forms of peripheral nerve tumors:

In this case, they arise in the nerves located in the central nervous system – brain and spinal cord. They also come in various forms:

In short, neurofibromatosis is a genetic disease that, in most cases, does not trigger in cases of cancer. However, we highly recommend immediate medical analysis to begin the appropriate treatment in time.

Don’t forget to SHARE everything you know about neurofibromatosis symptoms and causes with your friends and family on your social networks! 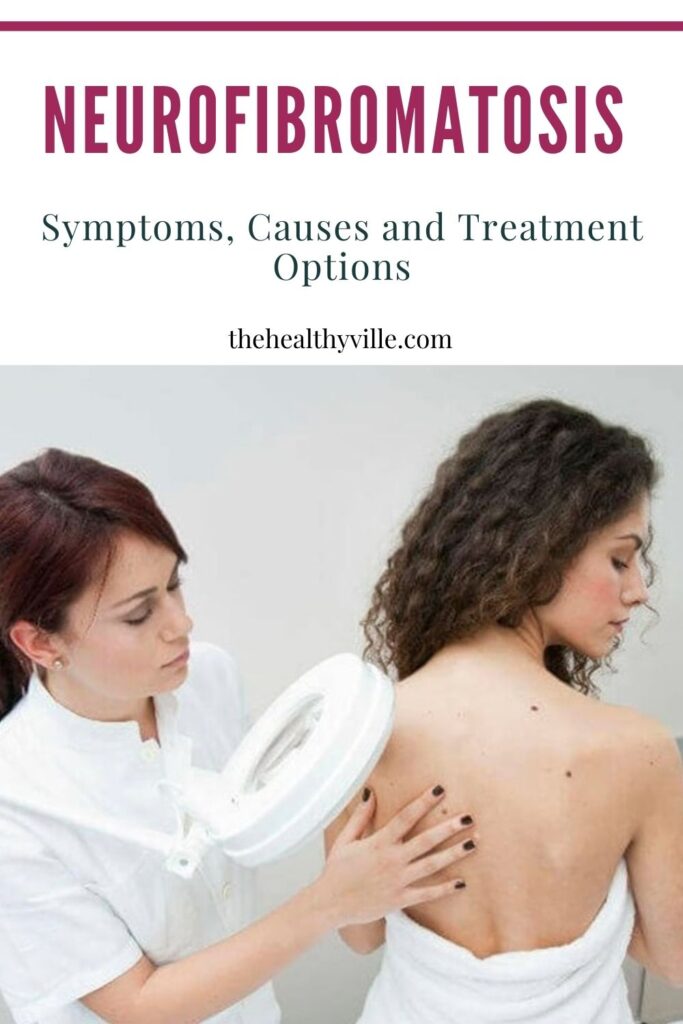 What Are Symptoms of HIV that Appear in the Mouth?

How Fast Does E Coli Manifest Symptoms and How to Recognize Them?