Home Health What Causes Antibiotic Resistance and How to Combat It?

What causes antibiotic resistance? Is there a way to combat it so that you can get rid of pressing diseases? Find out!

The misuse of antibiotics causes selective pressure, so that the bacteria become stronger and more persistent. This is a serious problem and phage therapy could be the solution.

Antibiotic resistance is a serious public health problem today. Phages can come to the aid of trying to fix the problem.

The abuse of these drugs and their misuse are the main reasons why bacteria undergo mutations and acquire multiresistant genes. This ability helps them escape the effects of antibiotics, proliferating and growing in the presence of them.

We will tell you below about one of the most interesting and used therapies to fight this problem.

What is a bacteriophage?

A bacteriophage, also known as a phage, is a virus that infects and kills bacteria. It has a genetic material, which can be DNA or RNA, protected by a capsid.

When it meets a bacterium, it interacts with it, attaching itself to specific receptors on its surface. There it injects its genome into the bacterial cell. This is when two life cycles appear:

Phages are microorganisms present in all ecosystems on Earth. They are both in the oceans, in the air and inside the human body.

They are regulating bacterial populations. Thanks to them, the bacterial microbiota remain stable and balanced in living beings.

In addition, they are considered the most abundant organisms on our planet, to such an extent that in 1989 Norwegian scientists found 250 million phages in one milliliter of seawater.

The use of phages against infectious diseases

These particles have been used for years as therapies against epidemics. Félix d’Hérelle was a microbiologist, and the first to coin the term bacteriophage, which means “eater of bacteria”.

He was the one who invented phage therapy after using them to treat bacterial infections. In the cholera epidemic in India in 1927, he treated patients with phages and succeeded in reducing the mortality rate from 60 to 8%.

Although years before, in 1921, phages were already used orally in patients in a Paris hospital suffering from toxic dysentery and they managed to recover. They have also been used to treat typhoid fever, skin infections, urinary tract infections, and external otitis.

A century later we continue to rethink, why not use them to kill multi-resistant bacteria or as substitutes for antibiotics?

In this alternative to antibiotics, phages help with the goal of killing the bacteria that are causing infection in a patient. One of the fundamental requirements is the use of lytic phages to ensure bacterial death and the elimination of toxic bacterial compounds.

The use of combined phage therapies with other different ones, antibiotics or vaccines, is effective in reducing the chances of generating resistance.

We must bear in mind that phages are viruses, and therefore they are not living organisms. However, they are dynamic entities, and the lytic cycle is the key to phage therapy.

Antibiotics, on the other hand, are chemical substances that act by interrupting specific processes in bacteria. May disrupt protein synthesis or cell wall manufacturing

These are some of the advantages of phage therapy over the use of antibiotics:

Bacterial specificity: phages only infect specific bacterial strains, leaving the rest intact and without damaging the flora of the medium in which you’re applying the treatment. So they do not cause microbiota disorders, such as antibiotic-associated diarrhea or mucosal candidiasis.

Autodosing: bacteriophages increase their population wherever they are infecting. This way we don’t have to be administering them repeatedly. Furthermore, the phages automatically disappear as they have no more hosts to infect.

Different mechanisms of action than antibiotics: this allows us to treat infectious diseases due to multi-resistant bacteria for which antibiotics are not effective.

The discovery of phages, more than a century ago, has allowed us to advance in the understanding of numerous biological processes, as well as to design new genetic techniques. Its use is increasing and it is time to invest time in your research.

As with antibiotics, the use of lytic phages causes selective pressures. This generates the proliferation of bacteria with mutations that make them resistant to phages. But this is a challenge that still needs to be studied in depth.

Finally, we must continue researching to close this gap and advance the use of new therapies, in order to combat the great threat posed by antibiotic resistance.

Don’t forget to SHARE what causes antibiotic resistance with your friends and family on your social networks! 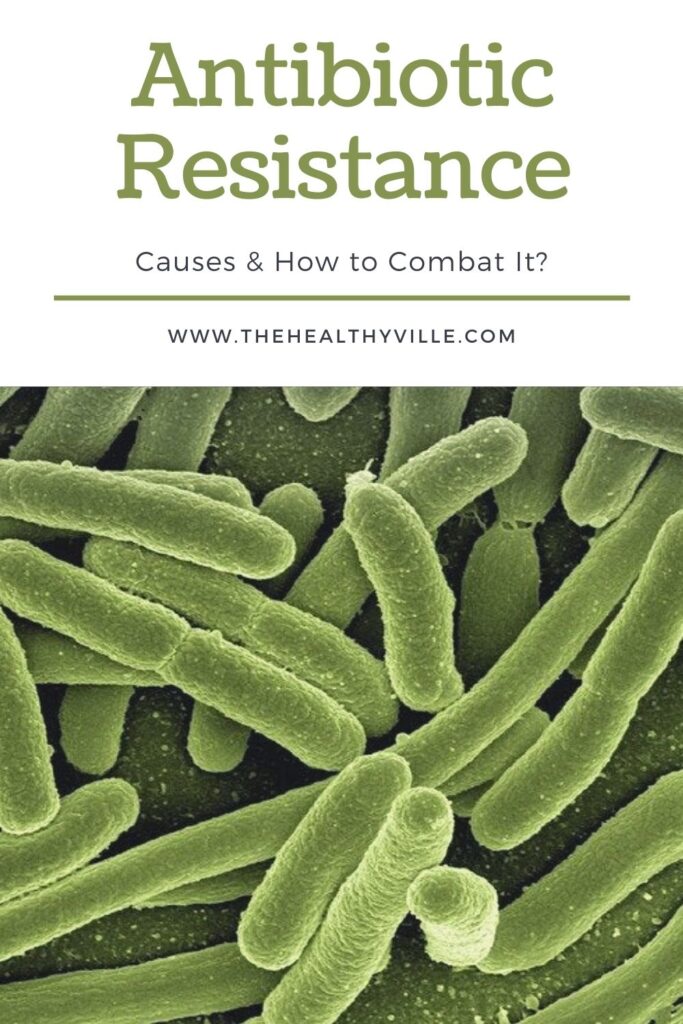