Home Health What Is Autoimmune Hepatitis? Symptoms, Causes and Treatments

What is autoimmune hepatitis? Which symptoms does it produce? What are the causes? Are there any treatment options? Discover all about it!

Autoimmune hepatitis is a rare disease that affects the liver. It consists of the inflammation of this organ, as a result of which the immune system itself begins to attack the cells that make it up.

When you don’t get treatment and the inflammatory process continues, just like with other hepatitis types, irreversible damage can occur. Therefore, autoimmune hepatitis can become complicated, leading to cirrhosis and liver failure.

The treatment of this pathology is complex and, in some cases, may require a liver transplant. That is why we explain everything you need to know about the pathology.

What is autoimmune hepatitis?

As we just noted in the introduction, this is an inflammatory process that affects the liver. It is a chronic condition, lasting more than six months and, in fact, it usually lasts for a lifetime.

As an article by the British Liver Trust explains, what happens is that the immune system begins to attack the body’s own cells. In autoimmune hepatitis, liver cells are damaged. This causes inflammation to appear in the liver tissue.

Inflammatory processes usually cause the formation of fibrous tissue, as if they were scars. This tissue disbalances the functionality of the liver.

Autoimmune disorders are often associated with each other. Therefore, people who have a pathology of this type have a higher risk of suffering from this type of hepatitis. For example, type 1 diabetes or ulcerative colitis.

Autoimmune hepatitis is generally divided into two main types. Type 1 is the most common. It usually occurs in young women, although it can appear at any age. It is typically associated with antinuclear antibodies and anti-smooth muscle antibodies.

Type 2 is more common in children and young people. Antibodies that are commonly present are called anti-LKM and hepatic cytosol antibodies. This variant is considered to be more aggressive than the other.

The symptoms of autoimmune hepatitis are highly variable. There are many people who suffer from this pathology and they are asymptomatic until the damage has spread remarkably. The signs usually appear abruptly.

Also, when they do appear, they are quite nonspecific and similar to other types of hepatitis. As the specialists from the Mayo Clinic point out, one of the most frequent is abdominal discomfort or pain. The liver is also usually enlarged in size.

This makes it possible to feel the organ below the last rib. Jaundice, fatigue, and joint pain are also common. Many patients have rashes and, in the case of women, menstruation usually disappears.

Autoimmune hepatitis is caused by an alteration of the immune system. It begins to attack liver cells, damaging them. This damage is carried out by molecules called antibodies.

The truth is that the exact cause of why this happens is unknown. However, genetics are the determining factor. In addition to the predisposition to autoimmune diseases, there must be triggers. For example, certain toxins, medications or viruses.

Having any other autoimmune disease, such as Graves disease or celiac disease, increases your risk of autoimmune hepatitis. Similarly, women are much more likely to suffer from it than men.

Autoimmune hepatitis may not produce any symptoms at first. However, as inflammation progresses and fibrous or scar tissue appears, the liver begins to lose function.

This scar tissue ends up causing liver cirrhosis. Cirrhosis can have multiple complications due to its complexity. The main one is liver failure. It consists in the fact that there is such a damage to the liver that it cannot fulfill its functions.

Cirrhosis can also lead to esophageal varices. The reason is that blood cannot pass through the portal vein. Because of this, blood flow returns and causes the veins in the esophagus to engorge. With that blood overload, the veins tend to rupture, causing massive hemorrhages.

Cirrhosis from autoimmune hepatitis can lead to ascites and an increased risk of liver cancer. Ascites is the accumulation of large amounts of fluid in the abdomen.

The diagnosis of autoimmune hepatitis is complex. It requires a series of complementary tests to be able to demonstrate the etiology.

One of the most used tests is the blood test. With it you can observe certain parameters that indicate how is liver function and damage. For example, transaminases.

In addition, the blood test can also study the presence of antibodies. With them, doctors can make a differential diagnosis between autoimmune and viral or bacterial hepatitis.

According to a publication from the University of Navarra Clinic, liver biopsy can also help the diagnosis. But not only that, but it also makes it possible to study the degree and type of damage that has occurred.

Treatment of autoimmune hepatitis varies, depending on the stage of the disease. It also depends on the health conditions of the patient and how is the tolerance to certain drugs.

For this, drugs can significantly reduce the activity of the immune system. The problem with these drugs is that they have severe side effects. Immunosuppression makes patients much more vulnerable to any type of infection.

Treatment usually begins with the administration of prednisone. It is a corticosteroid and all drugs in that group increase the risk of osteoporosis, diabetes, hypertension, and cataracts.

Importantly, autoimmune hepatitis is a chronic disease. This means that, although there are periods of remission, it tends to recur when you suspend the therapeutic approach.

In severe and advanced cases of hepatitis and cirrhosis, medications are often insufficient. The liver cannot function properly, so a liver transplant is often necessary.

As it is a disease of the immune system, it is chronic. This means that, although there are periods of remission, patients usually require lifelong treatment.

Therefore, it is essential that people with this pathology have adequate support. Fortunately, there are now different ways to treat this condition, and mortality has dropped considerably.

Don’t forget to SHARE what is autoimmune hepatitis with your friends and family on your social networks! 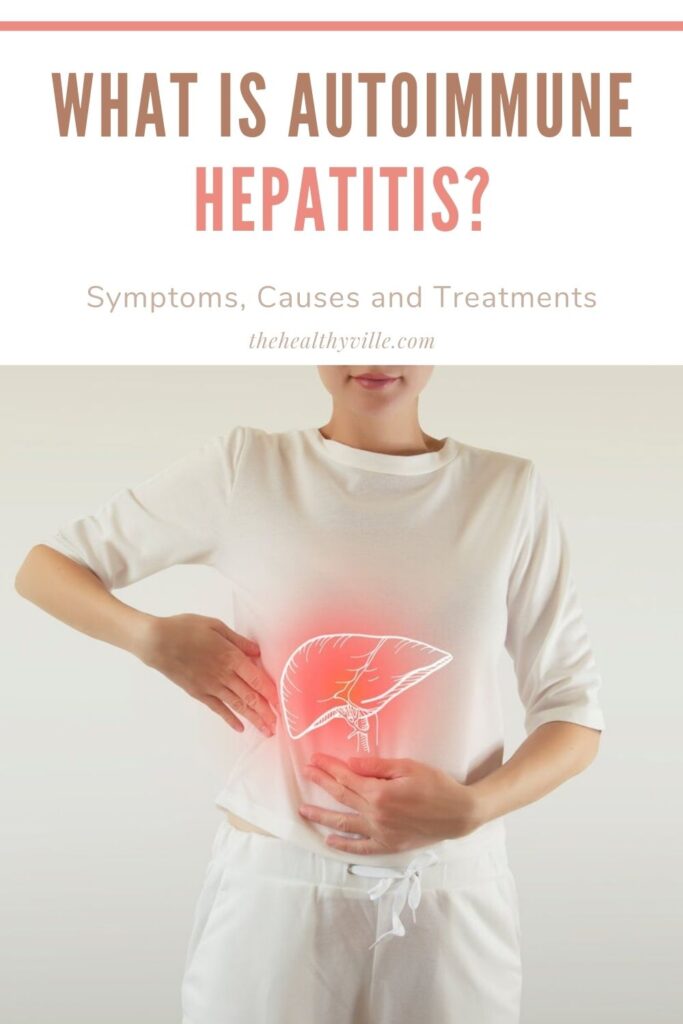