What is Giardia or giardiasis? It often causes discomfort such as diarrhea, fatigue, nausea, or loss of appetite. It is important to diagnose it, since its treatment depends on it.

Symptoms such as fatigue, nausea, diarrhea and vomiting can be signs of a condition called giardiasis. This disease, characterized by an intestinal irregularity, is caused by a protozoan and, according to the Center for Disease Control and Prevention (CDC), its prevalence is higher in temperate climates and in children.

Do you know which pathogen causes this ailment and how it is transmitted? Do you know its clinical picture? Resolving these questions is essential to address this pathology and be able to avoid it. Therefore, below we detail the most relevant aspects about giardiasis in humans.

What is Giardia lamblia?

Before addressing the clinical picture of this pathology, it is essential to know briefly the causative agent. It is a special case, since a virus or a bacteria do not cause it, but a protozoan does.

Protozoa are protist single-celled organisms that live in humid or aquatic environments. They are of greater morphological complexity and size than viruses and bacteria.

We are before the Giardia lamblia species, a flagellated protozoan belonging to the order Diplomonadida. It is a parasite of several mammals, including humans, and lodges in the small intestine, from where it causes the aforementioned giardiasis.

Its size is small, less than 20 micrometers, and as a curiosity, it lacks certain organelles such as mitochondria, which are very important in the cellular functioning of most living beings.

Unlike many other parasites, Giardia has only one host throughout its life cycle (in this case, humans). Despite its little complexity as a living being, it presents two very different forms throughout its development.

Trophozoite: mobile and flagellate form. As documented in clinical microbiological studies, it has a suction cup-shaped disc on its ventral surface, which allows it to adhere to the epithelium of the intestine.

Cyst: immobile form lacking flagella. It is a structure generated so that the living being can resist outside the host, and has infective capacity.

Giardiasis is contracted by ingesting cysts in contaminated water or food. The cysts are expelled with the stool of the sick person, and these can remain in the environment for a long time.

Therefore, a poor washing or water purification system can endanger an entire population from this disease.

The symptoms in case of giardiasis can vary in each patient. However, the typical clinical picture presented is as follows:

Most of these symptoms are the product of the adhesion of Giardia on the intestinal epithelium. This external pathogen causes a thickening of the microvilli of the intestine, which reduces its exposure surface and generates various physiological imbalances of varying severity.

Despite the fact that some scientific works collect that there are strains of Giardia resistant to some common medications, doctors mostly prescribe the following:

As with all diseases, there are certain population groups that seem to be more inclined to be infected by this disease.

Children: They are more likely to come into contact with fecal matter than adults, as they often play in unsanitary environments or with peers who have been in contact with their own stools. Because of this, giardiasis has such an age-asymmetric epidemiological pattern.

People in low-income countries without access to clean water: As we have seen, cysts can remain in the environment for a long time. Water is a very efficient method of transmission and transport, so waters without relevant treatments can present the pathogen.

What to remember about giardiasis?

Giardiasis is a disease with a diverse clinical picture, and mainly in environments with low hygiene transmit it. Therefore, it is essential to disinfect food well and always hydrate with bottled water, especially in temperate places, isolated from urban centers.

Faced with a suspicion of gastrointestinal disease, going to the doctor will always be the first option, since with a series of medications the infection will subside within a few days.

Don’t forget to SHARE what is Giardia lamblia and how to treat it with your friends and family on your social networks! 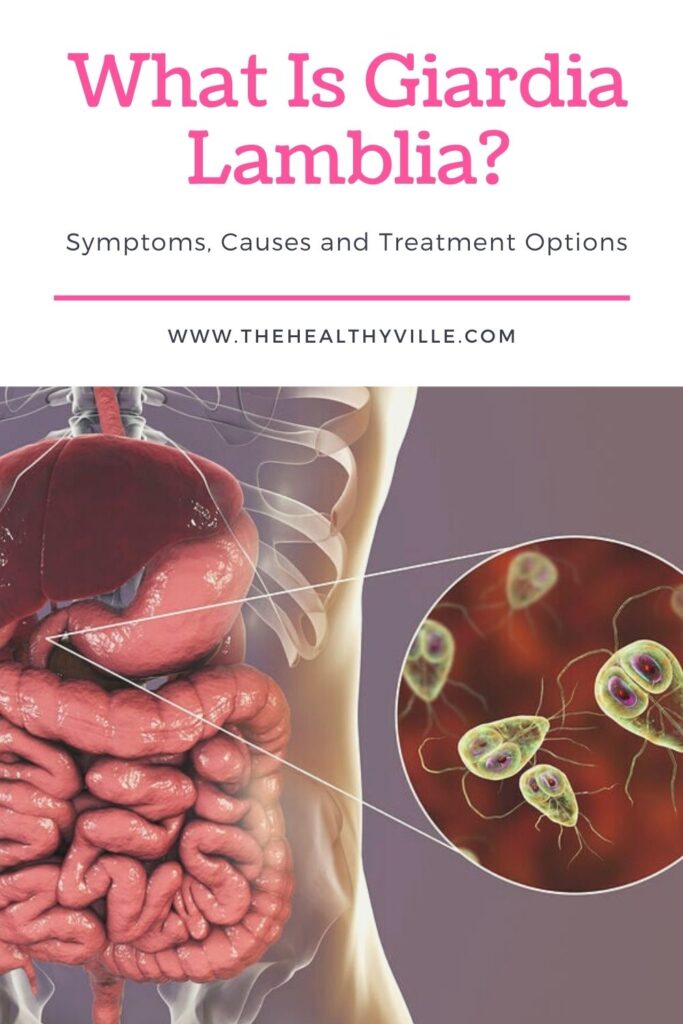 When Does Fertilization Occur? – Does the New Life Start Right After It?

Intestinal Parasites in Humans – 7 Natural Remedies to Get Rid of Them!